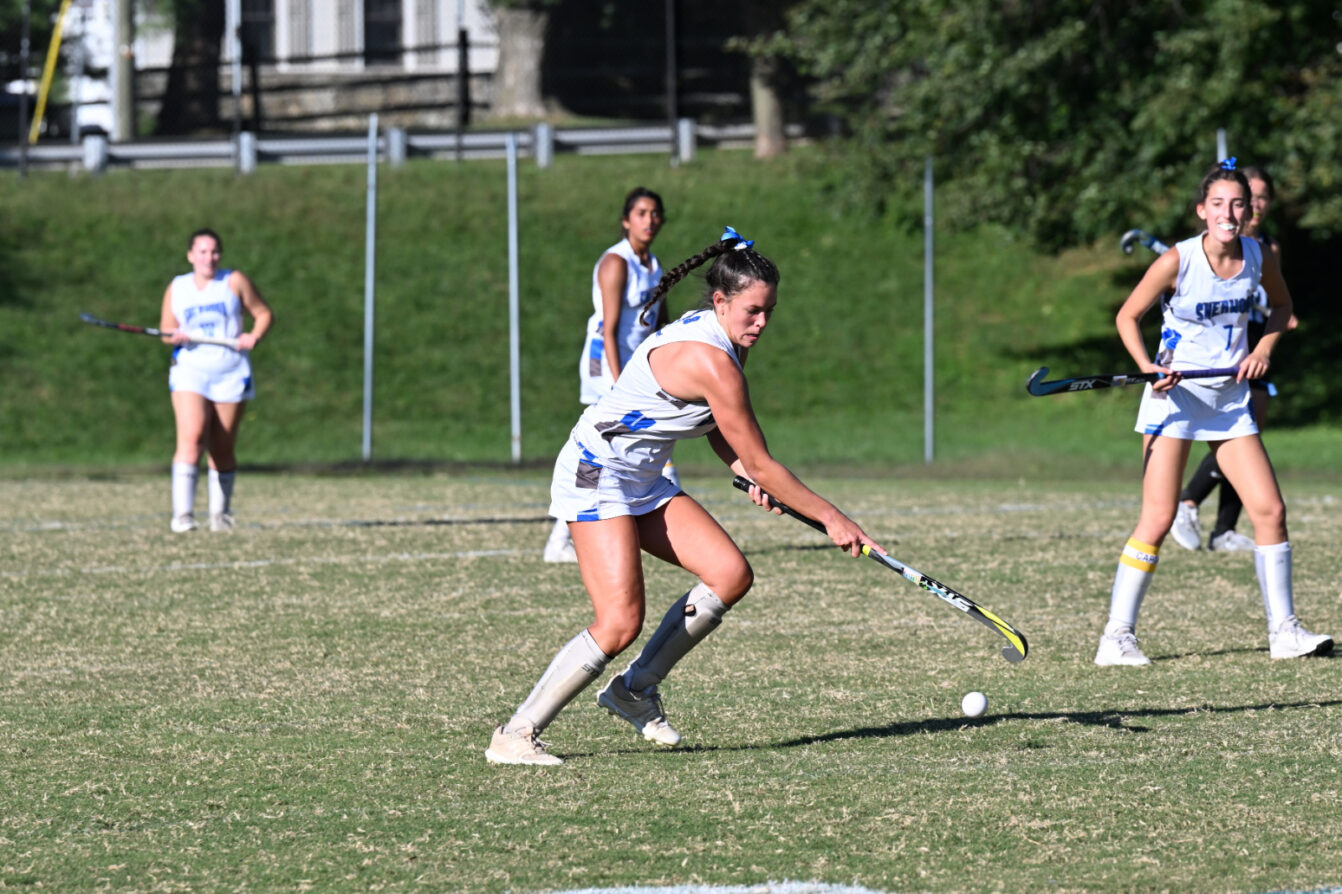 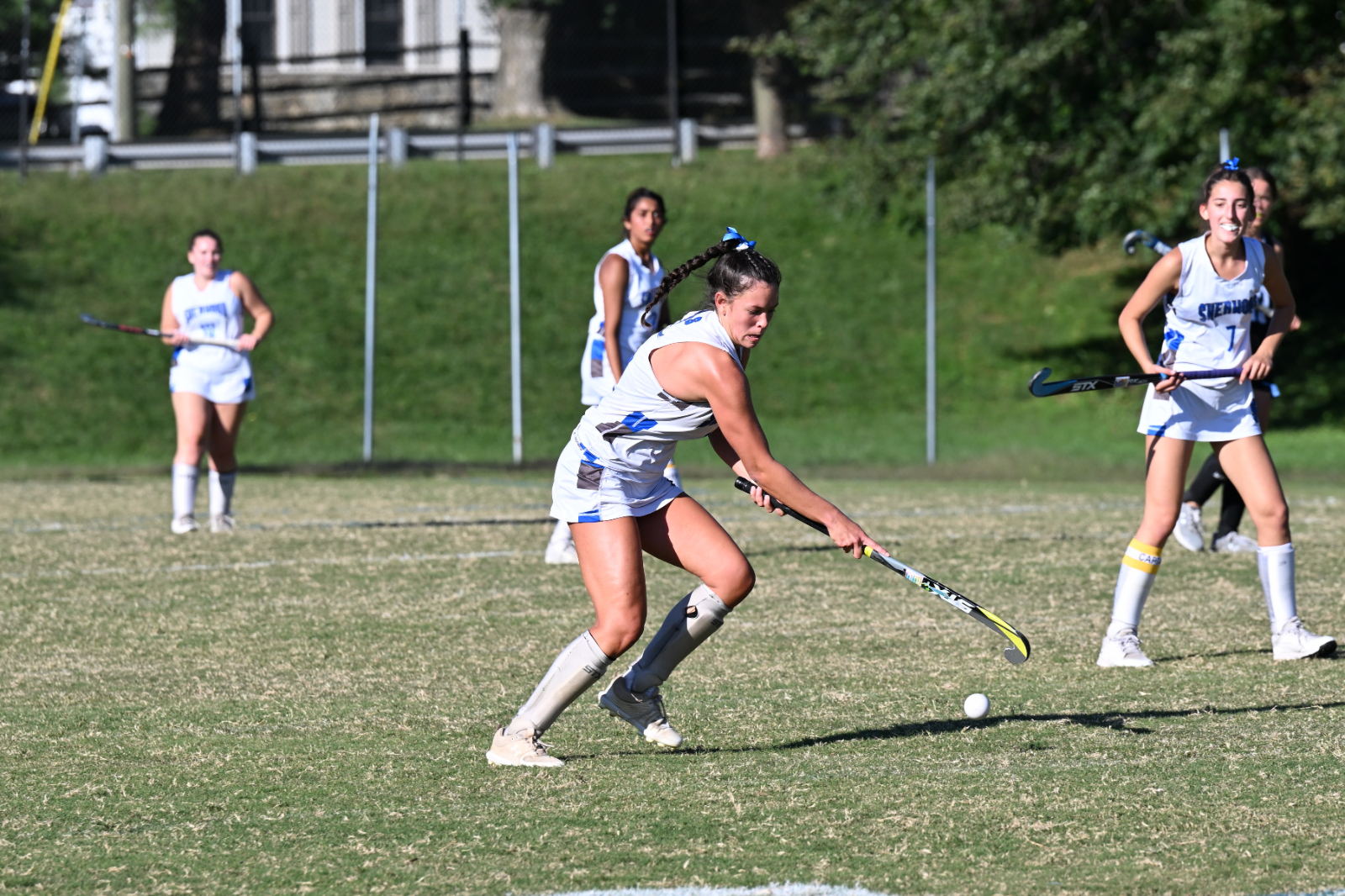 Senior Katrina Hanson in a game against Whitman

With a 3-5 record so far in the season, varsity field hockey is searching for more consistency in their performances. After a dominating 8-0 win against Wheaton, they had a disappointing 3-1 loss on September 21 at home to Einstein followed by a 3-1 loss to Whitman on September 27. The sometimes frustrating season continued with the Warriors playing a great game but still losing 2-1against Blake in the shootout after double overtime.

“We have had some ups and downs but have been practicing and working very hard and our goal is to make it to regionals again,” said junior Dani Watson.

With the loss of some important contributing seniors to graduation last year, the team is looking to bring together the juniors and seniors on the team to have another great run in the playoffs like last season when they made it to the quarterfinals. “Other schools in the county have gotten stronger and for us to stay competitive with these schools, this season we need to work to build up play from the back field and move the ball up field together,” said Coach Walter Velasquez. “We have some great speed in the mids and forwards and experience in defense, so we want to utilize that experience and take advantage of the speed on counter attacks. To do that, however, we have to have a strong team that trusts each other and communicates well.”

Although the performances have been inconsistent in the first half of the season, Velasquez is more concerned about whether the team is improving overall and trending in the right direction. “In any season it’s easy to look at the wins and losses to measure success, but with our program we also look at individual skill progression for each player,” explained Velasquez. “Are they developing? Did they practice and get proficient in a new skill, were those skills used in a game? As a team we define game goals like how many connecting passes did we have, clean execution of set plays, etc.. So our focus is doing the fundamental things consistently and persistently and if those things are done the scores happen.”

This season the team plans on getting some redemption on Churchill. Coach Velasquez is hopeful to be able to play Churchill this year in the playoffs since the Bulldogs beat the Warriors in the playoffs last season. “I’ve seen their growth individually in skill and maturity, their dedication to the sport and commitment to each other on the team,” said Velsquez. This year’s team is special in that way.”