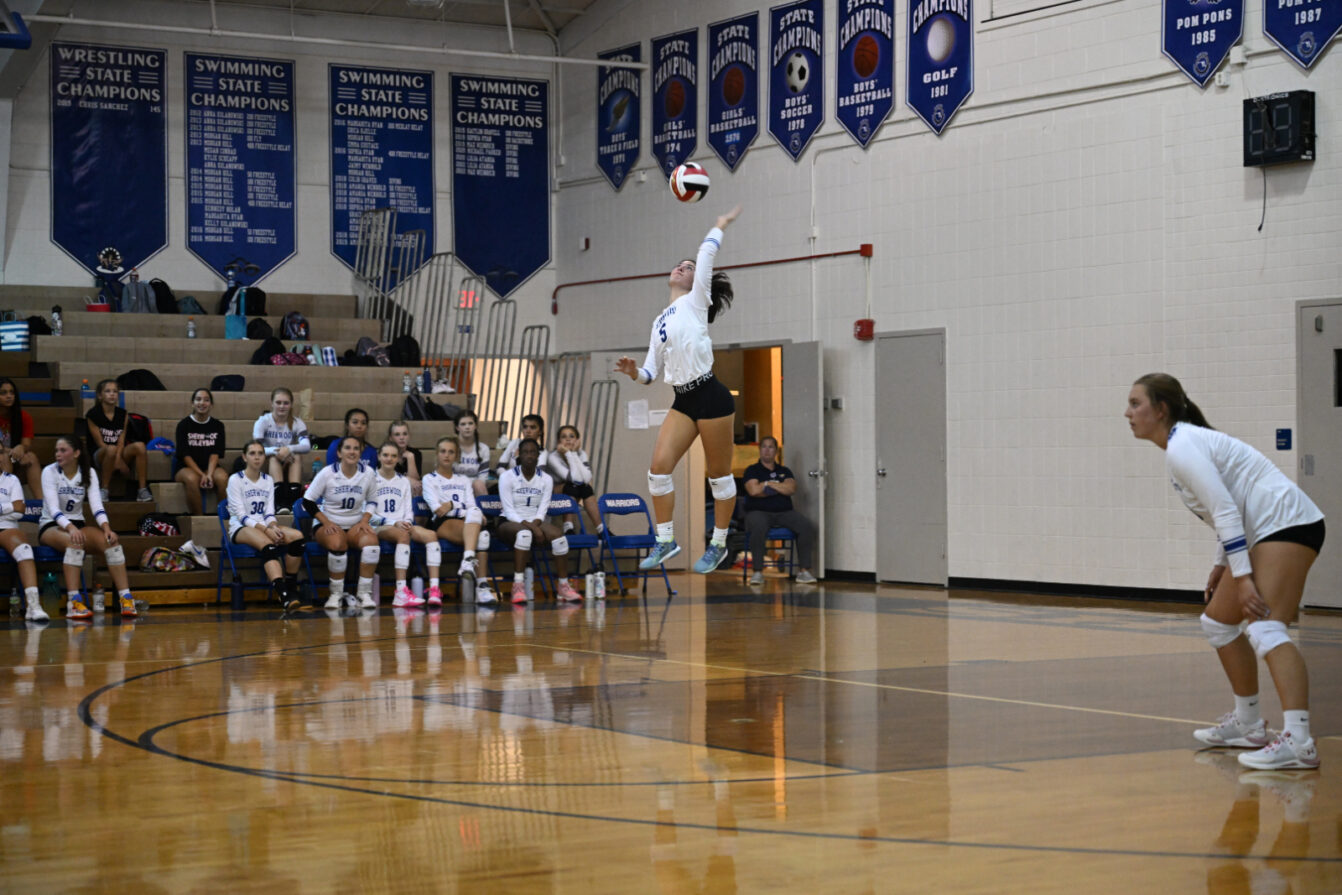 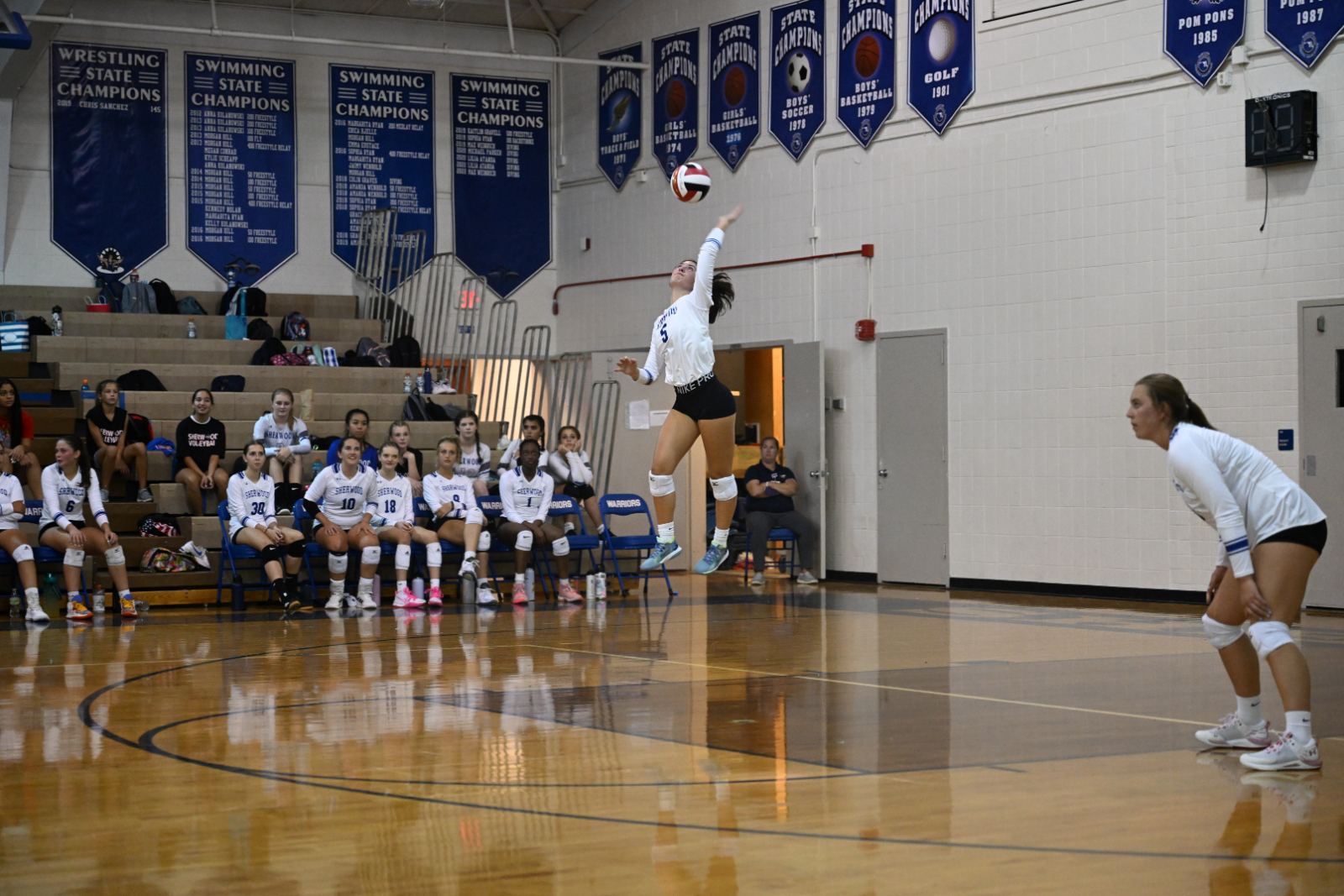 With the loss of Sophia Kluska, who now plays Division 1 for Charleston Southern, and Gwen Eustace, who plays Division III for Salisbury, girls volleyball is relying on a new group of seniors that includes captains Meghan Wessling, Gabbi Casaus, Audrey Strosnider, as well as their libero Camryn Lineberger, to continue the success of a program that is annually one of the very best in the county.

“This is our year. I am excited to see how we start versus how we end the season this year, and I am very confident about this team,” said Wessling. “Despite losing some amazing players, I am confident that our team will continue to lead us to victory and hopefully even further than last year.” The Warriors lost in four sets against Arundel in the 3A/4A state semifinals.

The girls bond outside of their usual volleyball environment to give a chance for them to connect with each other in other ways. “Team dinners are my favorite tradition and team bonding event before games,” said junior Savannah Weismen “We always have the best time together since it is just like dinner with your family. It always seems to get me hyped and reassured before games to be able to get along with the team on and off the court so well.”

The Warriors opened the season with two convincing wins in which they beat Northwest and Gaithersburg, and won the games in straight sets 3-0. Stepping up to a tougher challenge in Urbana, the Warriors lost in straight sets. “It’s tough to lose but failure is a great motivator to get better and work harder. We are taking the loss to Urbana as a chance to improve and work on the weaknesses within our team that were exposed,” stated Coach Sydney Parra.

The Warriors played another tough game against Churchill. After losing the first set 26-24, Sherwood won the second set 25-21 before losing the final two sets. After difficult losses, Parra said that the team moves on to prepare for the next game. “Everyone we come up against is our biggest opponent that day. Sherwood always has a target on their back as a team to beat, so no matter the school, we are treating every game as a huge competition. We are working on showing up and giving 100 percent no matter who we play,” expressed Parra.

As the Warriors continue throughout their season, the girls and coaches continue to work hard on their defense discipline, serve receive accuracy, and the ability to play smart on offense. “It is important to see the big picture, but it’s even more important to keep things in perspective and realize that we can’t make it that far without all of the little steps along the way, including every single practice and game we have leading up to playoffs,” said Parra.