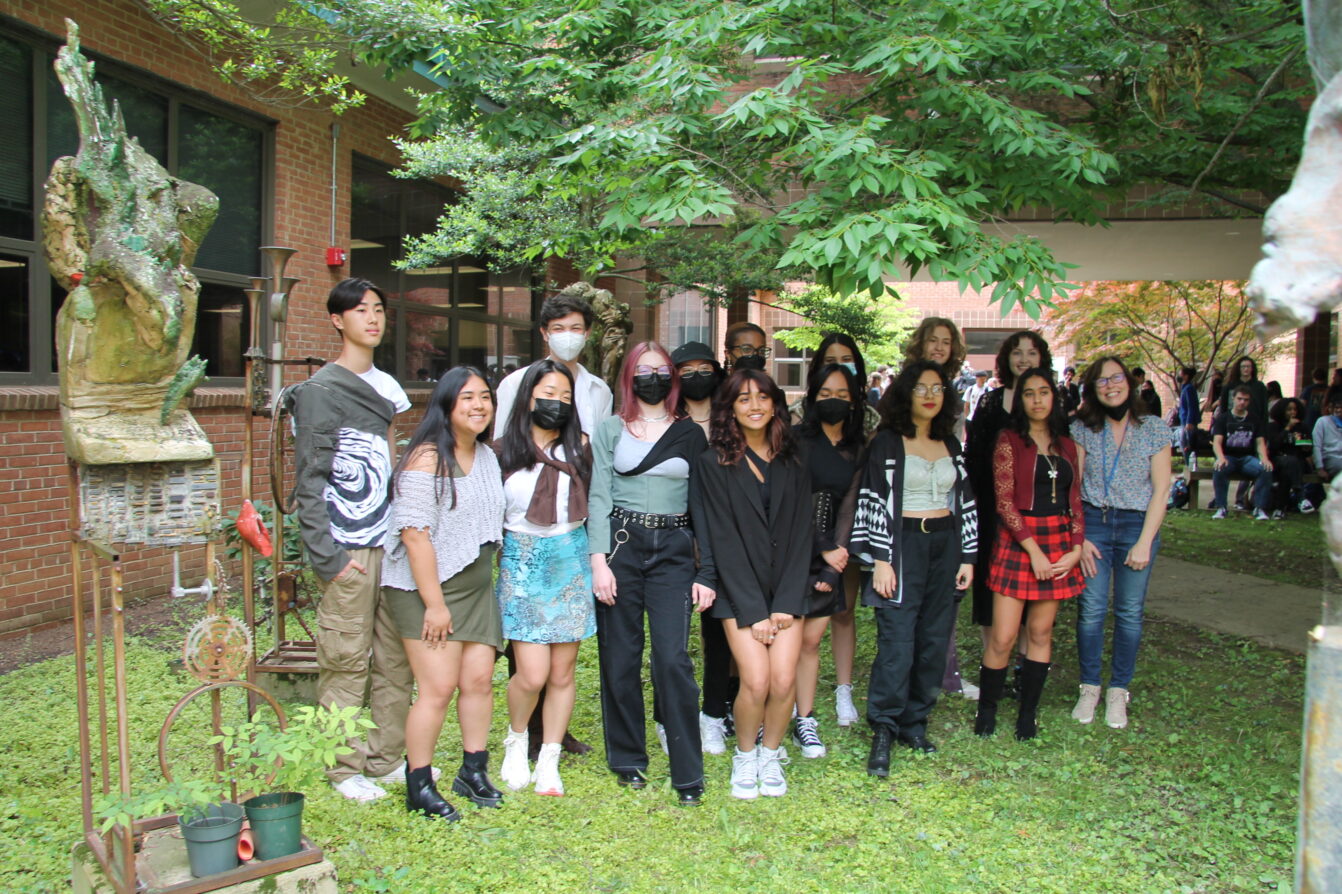 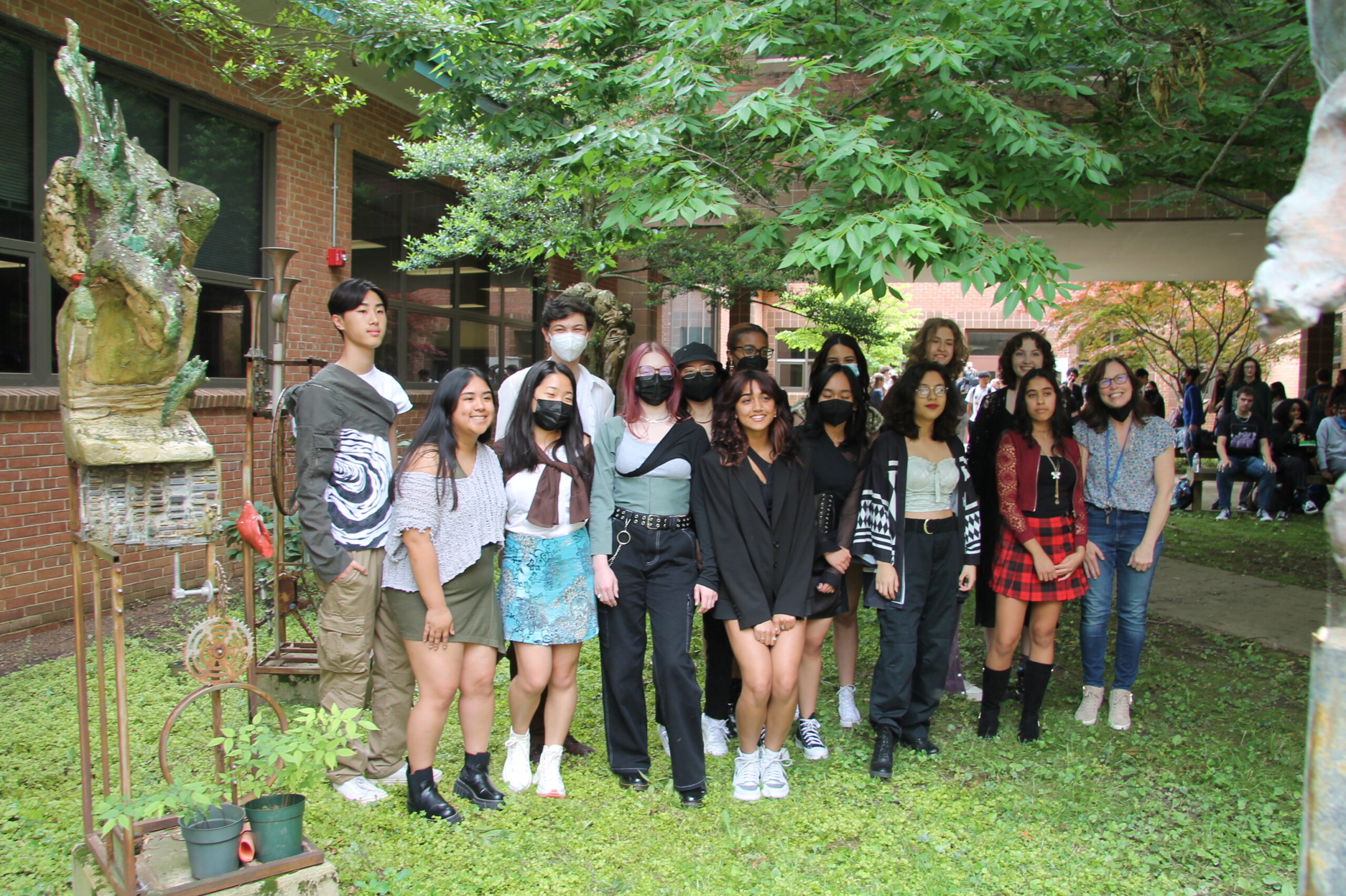 Members of the Sherwood Fashion Club stand outside of their show with sponsor Ms. Ashley Graham-Bell. Photo by Lauren Frank ’23

Sherwood’s Fashion Club held its first ever fashion show during lunch on May 26, featuring numerous handmade outfits designed and modeled by the club members. Spending countless hours on the project in English teacher Ashley Graham-Bell’s room, this creative group met almost every week preparing for the show.

Junior Arya Sharma, the club’s president, wanted to start a fashion club to give people an outlet for fashion-related expression that had previously been absent from the school. Eventually after challenging club members to follow weekly clothing themes and watching 90s fashion shows, the club started preparing for its big end of the year project–its own fashion show. “The creative process behind the show was centered around sustainability,” explained Sharma.

The clothing used in the show either was reworked or donated to the club, so the goal was to essentially recycle the runway. Much of the inspiration behind the looks were based on the model’s own style as well as a twist of reworked clothing. Following these guidelines, the club strived to limit its consumption of clothing when designing the looks, similarly mirroring the design process of those from fashion schools.

First, it was up to everyone to decide on a theme and overall vibe they were going for with the looks. Once the group decided on going for a darker color scheme and grunge vibe, it was time to get to work. A google form was created for people to choose which role they would like to have in the show: designer, model, or photographer. Once roles were decided, the design process began to get more serious.

Each model was assigned to a designer and sent them their measurements so the clothing pieces were made uniquely for them. “Being a model was so much fun because you could showcase all the work that the designers put a lot of work into,” said junior Monica Kim.

Kim is just one of several students who modeled for the show. During the show, she and the other models walked down a pathway that resembled a catwalk, in one of the courtyards, showing off their handmade outfits in front of an excited crowd of students.

Junior Taylor Brooks is another member of the club who modeled for the show. During the show she wore a handmade red skirt and black top. “I really enjoyed talking to the other models and taking photos of the process. Walking down the runway was probably the best part of the whole experience,” Brooks emphasized.

Students came and supported their friends as they watched them model the club’s hard work. After the show people stuck around, snapping photos with one another while celebrating their success. While this first-time club put on a great show, Sharma hopes that the show will inspire more people to join the club next year and become interested in modeling or designing for future projects. If you are interested in the process described in this article, then this club is for you.