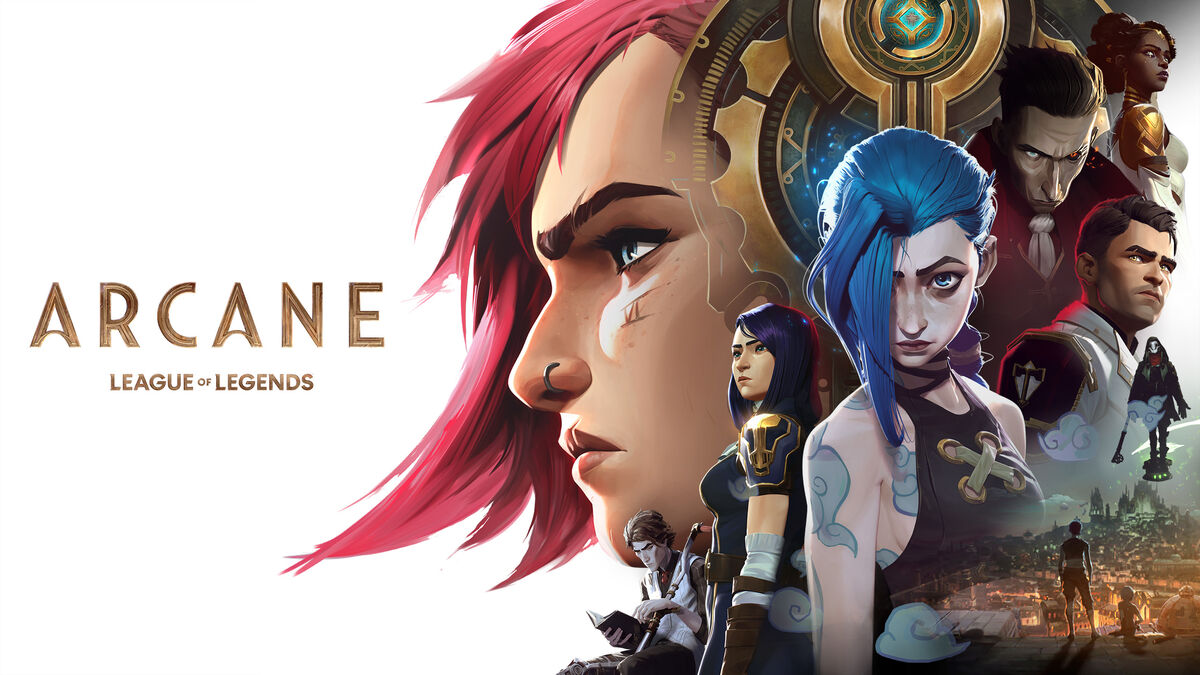 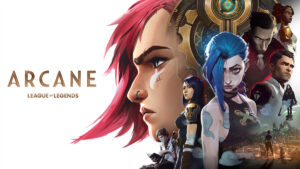 The highly anticipated animated Netflix show, Arcane, inspired by the League of Legends video game, has set a record as Netflix’s best-rated original series so far. Arcane follows Vi and Jinx, two well known League of Legends champions.  It takes place in the cities of Piltover and Zaun. Vi and Jinx are from the poverty-stricken, oppressed underground of  Zaun, while Piltover is the rich, well-developed metropolis in Runeterra. With the creation of Hextech, a technological advancement that allows anyone to control magical energy,  Piltover becomes known as the “city of progress,” where many of the most brilliant minds call Piltover home.  While Pilover prospers, Zaun continues to be left behind which leads to a significant class divide between the citizens of Zaun and Piltover.
Arcane uses intricate storytelling to portray complex characters. The writers do a great job at avoiding one-dimensional characters like “bad guy” and “good guy.” Even though the show makes it clear who the villains are, there’s subtlety  that even the villains have their own version of a moral code.  This can clearly be seen with Silco. At first, he is seen as violent, cruel, and vengeful, even murdering children to achieve his goals. But as the show goes on, we see how loving he can be towards Jinx, a sharp contrast to his usual “evil” qualities. It’s ironic, because as an audience, we’re supposed to “dislike” him. We’re supposed to root against him and his goals, but we can’t help but feel sympathy and compassion for the man who would do anything to protect his adopted daughter.
Even the “good guys” are complex too. Vi is the older sister that everyone needs. She always tries to include Jinx in all of the “big kid” activities and comforts her when she has psychotic episodes. The writers still make Vi human, though. She makes mistakes as all humans do, but in the end, her humanity and love for her sister allows her to rectify her mistakes and become a better person from it.
It’s also interesting to see how Arcane displays issues as more than just black and white. While some may think that using magic is extremely innovative, the show also highlights the dangers of such technology. This is in the form of Jayce, who is an innovator, and his professor, Heimerdinger. Jayce advocates for using his Hextech immediately, even before proper testing. Heimerdinger is constantly worried about the dangers that Hextech could reap and tries to outlaw Hextech. Both are on opposite extremes, but it gives nuance to an issue.

One thing that was unexpected for Arcane to depict was a LGBTQ+ couple between the characters Caitlyn and Vi. It’s a classic Romeo and Juliet story, but just with women. This is a huge step into normalizing LGBTQ+ couples in everyday media since Vi and Caitlyn are critical characters to the plot.
Arcane tackles profound issues that have no clear answer.  It forces the audience to involve themselves with the characters and to connect with them too. Not many shows can accomplish that feat, but Arcane is a prime example of successfully bridging the audience into the world of Arcane.