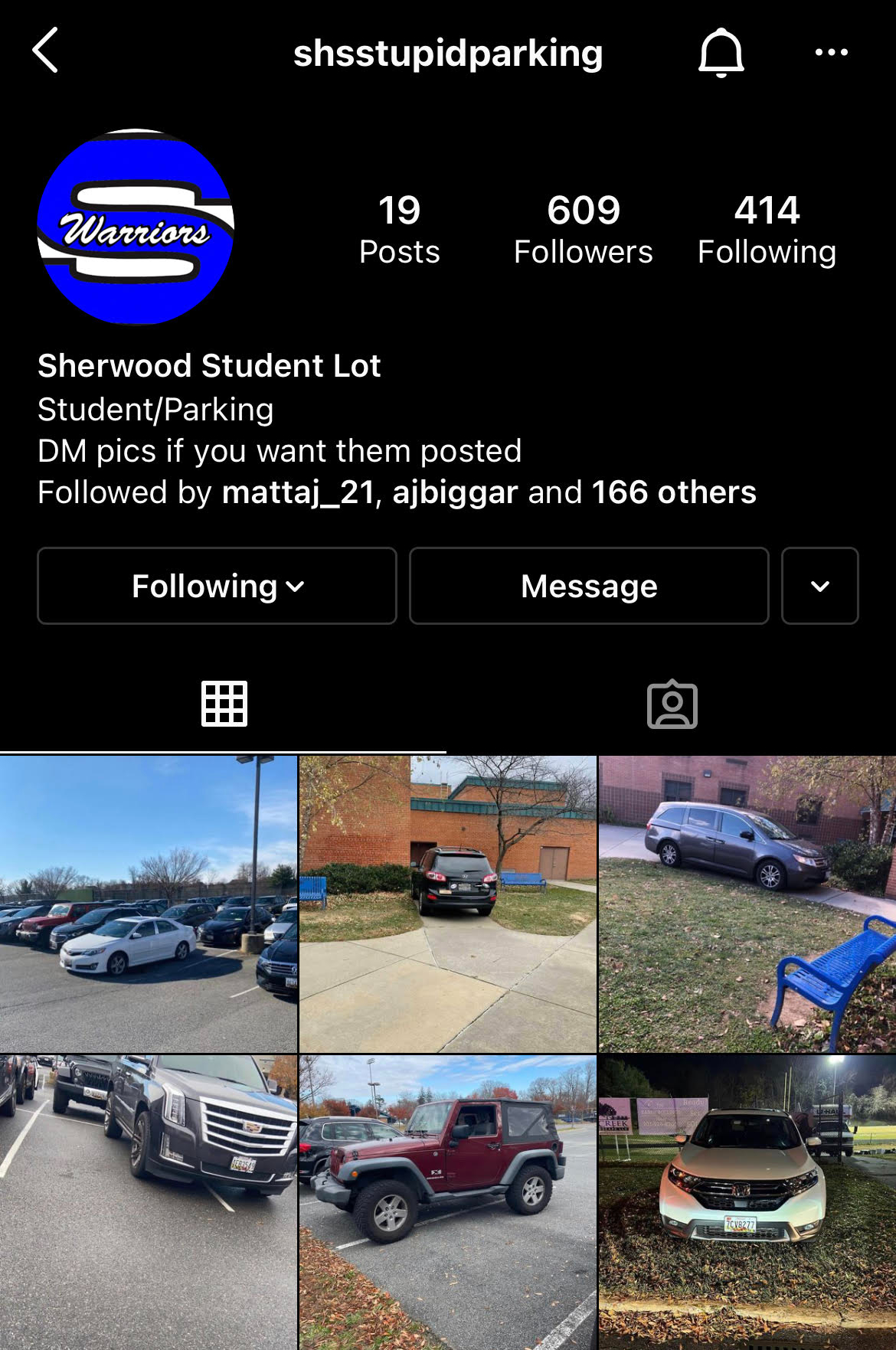 The Instagram account frenzy of Sherwood High School began with @shsstupidparking. Accepting photos via DMs, the account exposes cars that have parked over the lines in the school parking lot. After the first post on November 12, the account now has 610 followers and counting. Students interact with the account, commenting on the posts and tagging their friends whose cars are featured.

The creator of the account, who asked to remain anonymous, drew inspiration from bad parking accounts at other schools that were trending on Tiktok. Every photo on @shsstupidparking was sent through a DM and the creator selects the most relevant photos to post. Sometimes, multiple students send in the same car on the same day, so the creator chooses the best photo. 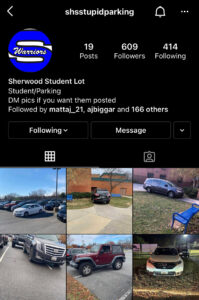 While the creator suspects there was at least one photo on the account in which a student parked badly on purpose to get featured, “for the most part it is genuinely stupid parking,” said the creator.

While having fun with the account, the creator noted that “it does get kind of stressful. If people stop sending [photos], it’s just going to die. I just don’t want it to get boring.”

As the parking account gained popularity, more accounts soon followed, a notable one being @shs_wearurmask with 423 followers that posts photos of students and staff who are not properly wearing their masks.  Close behind is @shs_eaters with 417 followers, which posts photos of Sherwood students eating unattractively.

The student-run Instagram accounts have become widely popular, with many smaller accounts emerging– featuring good posture, bad posture, dabs, ugly cars, and much more. In reference to the ugly car account, @shsuglycars, “I think [the account] is hilarious, knowing my car won’t end up on it,” said the creator of @shsstupidparking. However, the general trend of the Instagram accounts the creator views as “overhyped,” adding that “it got to be too much.”