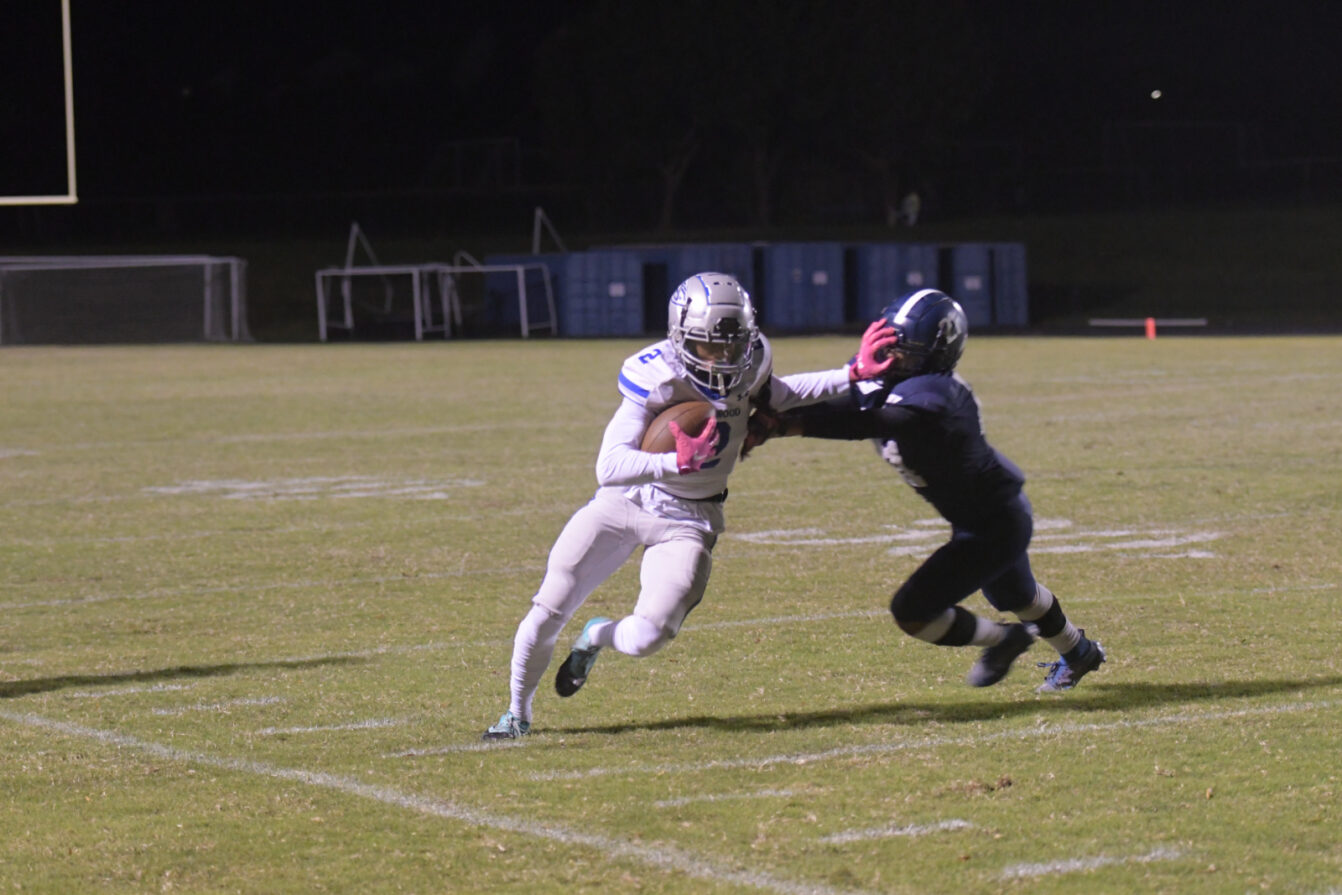 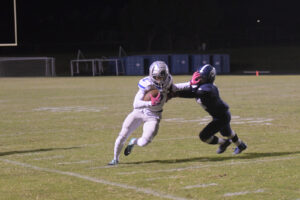 Sherwood football starts their postseason tomorrow at home against Springbrook, who beat Kennedy in the first round. The Warriors had a good season to kick off a new era under the direction of head coach Andrew Fields, finishing 7-2. However, the season lacked a “statement win” that established the Warriors as one of the top teams in the state, and tomorrow’s playoff game is an opportunity to announce themselves as a team that deserved its No. 1 seed and bye in the 4A/3A South Region.

“We have an inexperienced team that has relied on one another to help flatten the learning curve,” said Fields. “A lot of our kids have very little football experience, and the vast majority have no varsity experience. So this season was a bit of a shock to the system for us. But they have persevered through two tough losses, and here we are getting ready for round 2 of the playoffs.”
The Springbrook Blue Devils finished their regular season 2-6. Their wins came against Kennedy and Watkins Mill. But after winning those two games, the Blue Devils went on a six-game losing streak.

The Warriors have had two weeks between their final game of the regular season and tomorrow’s game. “As a program, we have gone back to the basics [last] week, really emphasizing some things that have been weaknesses,” said Fields.

“We have been amping up the intensity [at] practices lately because it is [the playoffs], and we don’t know when our last could be,” added senior quarterback Anthony Comeau.

If they win tomorrow night, Sherwood will face the winner of the Blake/Magruder game in the next round, two opponents the Warriors have already played and beaten this season. Sherwood played the Blake Bengals early in the season and won 21-6. It was an initial defensive battle with only one touchdown scored in the first half. Blake responded with an early touchdown in the third quarter, but Sherwood answered back with two touchdowns to secure the win. Sherwood played the Magruder Colonels to conclude the regular season, and won 23-7.

On October 8 at home, Northwest handed Sherwood their first loss of the season, 37-14. The Jaguars were up 23-0, but senior receiver Idris Elburuji got the Warriors back in the game with a 98-yard kickoff return touchdown, and later senior running back Dillon Beidleman scored to make it 30-14.

Northwest scored late midway in the fourth quarter to end the Warriors’ comeback “We may not see another team with the sheer speed that Northwest had, so it was good for our kids to see it and be able to understand how they need to elevate their play,” said Fields.

Sherwood suffered their second loss of the season at home on October 22, a 33-0 shutout at the hands of the Paint Branch. The Panthers scored 13 points in the first quarter, but the Warriors’ defense locked in and didn’t allow another score until late into the third. However, the offense drove down to the 10 yard line on three occasions, but couldn’t score.

“I feel that these [regular-season losses] have been preparing us for what we’ll see late in the playoffs,” said junior linebacker Anthony Manana. With wins tomorrow and next week, Manana and the rest of the Warriors then will have the opportunity to find out if their preparation pays off.