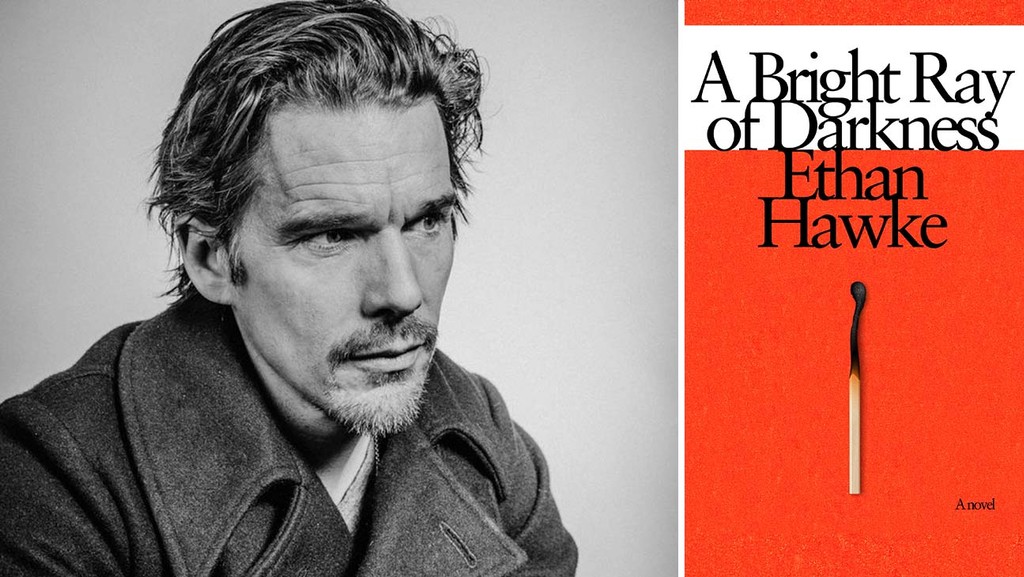 If anyone can get away with writing about the struggles of a famous white guy—it’s Ethan Hawke.

The Academy Award-nominated actor proves himself to be a man of many talents with his new novel “A Bright Ray of Darkness.” The story follows the events of actor William Harding, as he deals with the guilt and shame of cheating on his rock star wife. Like Hawke’s split with actress Uma Thurman in 2003, a very public divorce transpires with negative media coverage. Ultimately, Harding’s wrongdoings lead him down a dark path of regret and substance abuse. But there is always light at the end of the tunnel, and that light just so happens to be theater.

This novel is full of sex, drugs … and Shakespeare. Harding plays Hotspur in a Broadway production of Shakespeare’s “Henry IV Parts 1 and 2,” and since he is the only movie star amongst a cast of experienced stage actors, he is faced with the urge to prove himself. He doesn’t want to be known as another Hollywood heartthrob blinded by fame, but rather as a man dedicated to his work and passionate about his art. His need for validation however, turns into his greatest foe. Addicted by the need of approval, affirmation becomes the worst drug of all. He’s determined to not miss a single show, which leads to him biting off more than he can chew.

At times, Harding can seem like a pretentious ass. He’s woeful and narcissistic, making the reader sympathize with him less and less. When he goes on tangents about losing his manhood, or crying about his failed marriage, or whining about whatever it is he’s insecure about, it’s times like those when you wish you could just slap him across the face until he snaps out of it. However, the reader must remind themselves that he’s simply a hopeless romantic at heart, trying to pick up the pieces of a broken marriage; although, it can be hard for the reader to take pity on him.

Harding receives perspectives on how to live his new life from a handful of unique characters including a stage dresser, a director, and the King of the play himself, Henry IV. With each new outlook on life, Harding must decide whether or not to take their guidance. Even at times when he doesn’t want people’s counselling, he listens anyway—it’s true that nothing is given so freely as advice. “A Bright Ray of Darkness” truly is Hawke’s ode to theater. The novel is even formatted as a play, not in dialogue but in structure. What would be chapters are called “scenes,” what would be parts are called “acts,” and halfway through the book there’s even an intermission.

This novel is a brilliant interpretation of what’s truly behind the curtain in a Broadway production. Very mature themes are dealt with through enticing metaphors, biblical allusions, and intricate attention to detail. The reader gets an inside look at the backstage truths to a play, and how actors will go to great lengths to achieve even the slightest bit of validation.