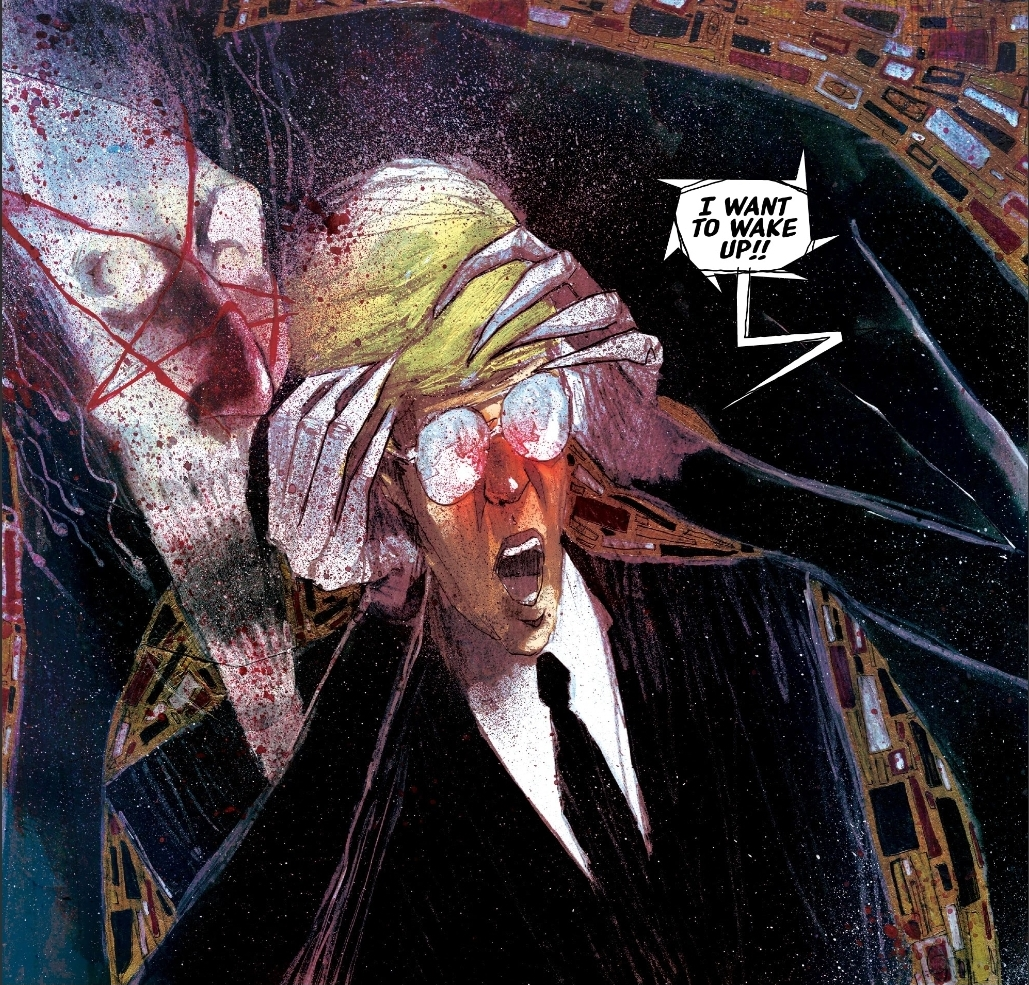 We live in very strange times. The political landscape has become even more vitriolic, and misinformation has never been so widespread, reaching a boiling point at the storming of the Capitol. Fascism and the far right is unmistakingly on the rise, and it would be ludicrous to suggest otherwise given what happened oin January 6. Conspiratorial thinking has been embedded in part of the American psyche for decades, and it has only increased. “The Department of Truth” tackles these conspiracies in a captivating thriller comic book series. The series is written by James Tynion IV, spinning off his success of the ongoing horror series “Something is Killing the Children” and his various Batman titles. It is published by Image Comics, which is known for its creator-owned works such as “The Walking Dead,” “Spawn,” “Invincible,” and “Saga.”

What makes this comic so interesting is not just how it addresses the various conspiracy theories, but its premise that all these conspiracies are actually real. As it is explained, once a sizable portion of the population believes in a conspiracy, it becomes reality, from the flat Earth theory, to reptilian shapeshifters, to Satanic baby eaters, etc. Therefore, The Department of Truth handles such matters, and attempts to nip them in the bud. The series knows how people get radicalized to the far right and their conspiracies. How it preys on fear, weakness, and a general pipeline that exists on the internet. How it starts. How a creeping feeling unsettles them subconsciously, and the “answer” gives them a sense of order. While it is critical of such, it also questions who controls the “truth” in the first place and how it came to be. The art is nothing to scoff at either. Martin Simmonds’ work is absolutely gorgeous. It has a surreal painterly horror style to it that perfectly matches the tone of the story. It’s scratchy and flickery in a way as it masterfully weaves along the story seamlessly within the panels as it switches color palettes and mood to convey the story.

There is a surprising amount of depth to the characters as well, as the story subtly drops clues to the main character’s past. After joining the Department of Truth, he slowly succumbs to the deterioration of his humanity and questions which side to take. It also ponders some interesting philosophical questions as well, like “What is truth?” and how truth can be distorted to conform to the views of the masses.

If it is able to keep this level of political intrigue and tight compelling story for the rest of its run (currently, there are 7 issues out), then this is something very great in the making, which you won’t want to miss out on. You don’t have to be a fan of comic books to get into it, but rather any who are fans of the genre or just good writing should check this series out.

The first five issues are collected in the first trade paperback for $10, with the second releasing in early fall. It can be purchased through your local comic book shop, Amazon, etc. It can also be read digitally with every current issue as they come out on Comixology.