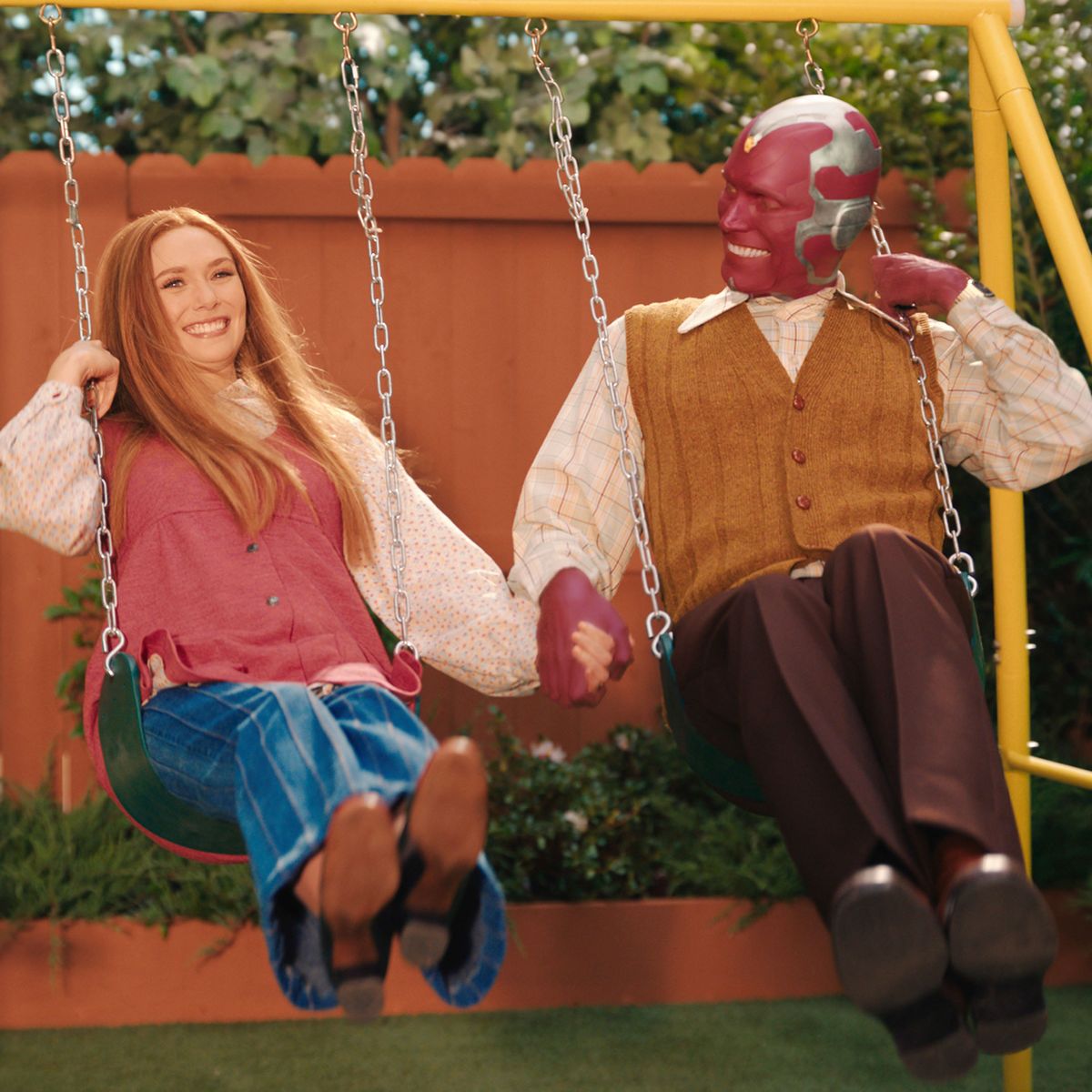 Following the shocking ending of “Avengers: Endgame,” which provided closure for an era of Marvel movies titled “Phase Four,” the franchise elected to release groups of limited series to supplement fans with content due to the delay of larger films such as “Black Widow.” Recently, Disney+ released “WandaVision,” a show focusing on the lives of Marvel’s supernatural couple Wanda Maximoff and Vision following their fates in “Avengers: Endgame.” Although it begins with a confusing first couple episodes, creator Jac Schaeffer and director Matt Shakman deliver a captivating series that kept viewers returning week after week following the first episode’s release on January 15.

The series begins with Maximoff, a sorceress gifted with telekinesis, and Vision, a powerful android, living in the suburban town of Westview, with the world in black and white and the characters donning fifties outfits. Experiencing life in a vastly different way than the couple’s usual high-intensity style, Maximoff and Vision live through various periods of their married life at an accelerated pace with assistance from their eccentric neighbor Agatha, moving quickly from dinner with the boss to children. Each episode, the era changes, aligning with a style of sitcom from numerous decades, and as the time passes, the characters begin to learn that everything is not as it appears.

As the time periods shift to match different sitcom eras, so do the characters’ costumes and the world around them. “WandaVision” does a terrific job of completely altering the set and apparel each episode, truly allowing the audience to experience each period. For instance, Maximoff sports classic A-line dresses in the Episode 1’s 50s era, with a vintage home to match inspired by “The Dick Van Dyke Show”. Each episode that follows adopts a similar style. Episode 2 references “Bewitched” with a nearly identical dining room to Samantha Stephens’. In Episodes 3 and 4, the set includes elements of “The Brady Bunch,” adorned with stone walls and terracotta floor tiles. “Family Ties” and “Full House” influenced the 80s to 90s era Episode 5, and the later episodes reference the popular series “Modern Family,” as they include a similar family home and dynamic. The final episodes also draw inspiration from “The Office,” incorporating cuts to individual character interviews and comedic stares into the camera.

Later in the series the audience meets Monica Rambeau, the daughter of former captain of S.W.O.R.D. (Sentient Weapon Observation and Response Division), who returns to her career after being absent for five years (due to the Blip where half of the universe disappeared following the end of “Avengers: Infinity War”) to find her mother dead and a new boss interfering with her position. As she accepts a new assignment in Westview to prove herself, she quickly discovers the issue poses a greater threat than a simple missing persons case.

Starring Elizabeth Olsen as Maximoff and Paul Bettany as Vision, the acting throughout the series is fantastic. Olsen and Bettany’s natural chemistry allows the audience to clearly see the couple’s progression as they navigate an assortment of life’s challenges. Olsen’s performance was particularly charming, as she brought life to a character the MCU had previously only seen in battle or periods of extreme angst. Viewers get to see Maximoff experience a pleasant life (for a time) without the burden of her painful upbringing. Teyonah Parris, who portrays Rambeau, also delivers a passionate performance, developing Rambeau’s determined character, as does Kathryn Hahn (Agatha Harkness), whose performance enhanced the show’s humor by introducing a charismatic neighbor who steals the show.

Though “WandaVision” has a puzzling beginning that may discourage viewers from continuing with the series, as it progresses, the show creates mystery that draws the audience in. The show develops the plot’s addictive suspense well, but the ending is not as climactic as one would hope. In spite of this, the series skillfully advances Maximoff’s character by allowing viewers to delve deeper into a troubled character they know and love.