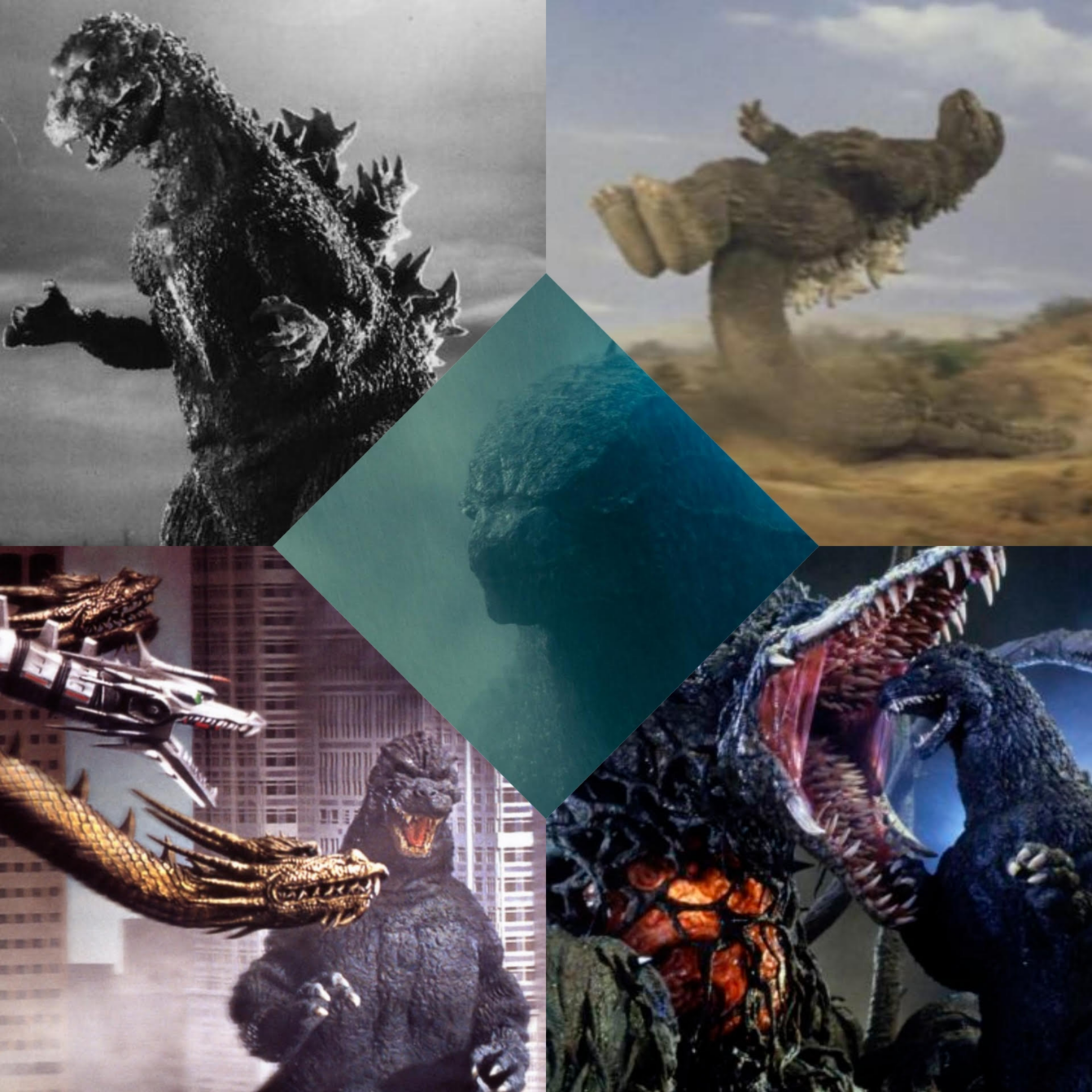 Ah, Godzilla. This great scaly beast is one of the most iconic monsters in fiction, and remains a well known staple of Japanese films. The number of films made about the overgrown lizard is nothing to scoff at. The franchise boasts a total of 36 films, making it the most prolific and longest-running franchise in history – mostly made in Japan.

With the much-anticipated “Godzilla vs. Kong” premiering in March, spinning off of “Godzilla: King of the Monsters” and “Kong: Skull Island,” now is the perfect time to dive into the previous films. The franchise is divided into 5 eras. You don’t have to watch these movies in any order and the styles and variety provide something for differing tastes. Godzilla is the villain in some and the hero in others. The following are the most notable and/or ones beginners start with.

It’s the one that started it all, and probably still the best. While most of this era’s subsequent movies were more or less B-movie fun, the original is much more grounded and philosophically compelling. Still fresh in the minds of Japan’s citizens, the movie serves as an allegory for the atomic bomb, and ponders the implications of humanity’s ravenous lust for unleashing destructive weapons on the world. There is an American version as well, but I advise against watching it as it was altered to appeal to American audiences and diminishes some aspects of what made the Japanese version so great if one wants a more “authentic” experience.

This was the first time that the two beasts first clashed. The tone is generally light and very much highlights the cheesiness of the Shōwa era. Overall, it’s pretty funny, whether intentional or not. Interestingly, King Kong was initially supposed to fight Frankenstein’s monster, not Godzilla.

This was initially supposed to be the finale to the series with one big sendoff. The film incorporated popular kaiju like Mothra, Rodan, and King Ghidorah, but also some of the more obscure ones as well.

There is some convincing speculation that Mechagodzilla (as the name implies, a mechanized monster) will appear in the new film, and it doesn’t hurt that it’s the introduction to one of Godzilla’s main foes. However, it might not be to everyone’s tastes, especially with a drawn-out summoning song scene that can be a little grating. Modern audiences would probably fare better with “Godzilla Against Mechagodzilla” from the Millennium era, with much better special effects, score, and plot.

This serves as a beginning of the second era of Godzilla as the series gets rebooted, with this film effectively being a sequel to the original. It has a bit more of an 80s flair to it, as well the next big jump in special effects, so it is more than just guys in monster costumes flailing around.

Due to the poor turnout of “Godzilla Vs. Biollante,” they thought it was because of competition with “Back to the Future,” so they implemented time travel in this one. Mecha-King Ghidorah makes an appearance as well.

This one is a bit more unique in some aspects as Godzilla isn’t shown as some invincible overpowered monster, at least not compared to the antagonist of the movie. Destroyah, the main villain, is shown to be just as or even more powerful than the King of Monsters, but it also makes you question if Godzilla should be defeated since he’s a threat to the world. The ending of the movie is one of the most memorable moments in the franchise for a lot of fans.

In this era, each film is a sequel to the first film. There is no real continuity and each could be seen as a reboot in a sense. In this first one, Japan and Godzilla face off against a giant flying rock which is later revealed to be an alien spaceship. There are some gorgeous shots and lighting, and it is strangely nostalgic in a way.

Besides the rather goofy name, this is considered by fans to be one of the best in the franchise. Mothra, King Ghidorah, and Baragon band together to fight Godzilla, who is controlled by the souls of those who died in World War II.

This was the endgame of the Millenium era. It stretches across Godzilla’s lengthy history, including the most monsters from his past. Even the Godzilla from the American movie in 1998 (which wasn’t that great) makes an appearance, who is then promptly one-shotted by the Japanese Godzilla. It’s just nonstop action and is another considered to be one of the best in the franchise by fans.

The franchise gets rebooted once again in the most recent film where it returns to its roots and has a more grounded approach. It remains the largest Godzilla has ever been in a Toho live-action film.

The sequel to Godzilla (2014) has Godzilla facing off against King Ghidorah, with inclusions of Mothra, Rodan, and others as kaiju across the world start wreaking havoc. This sets up the stage for the upcoming movie.

Whether you watch the old or new movies, it is a great time to be a Godzilla fan. Hollywood has given the franchise the blockbuster treatment, and while they are by no means masterful high art, they are still quite fun and give long time fans a lot to look forward to.