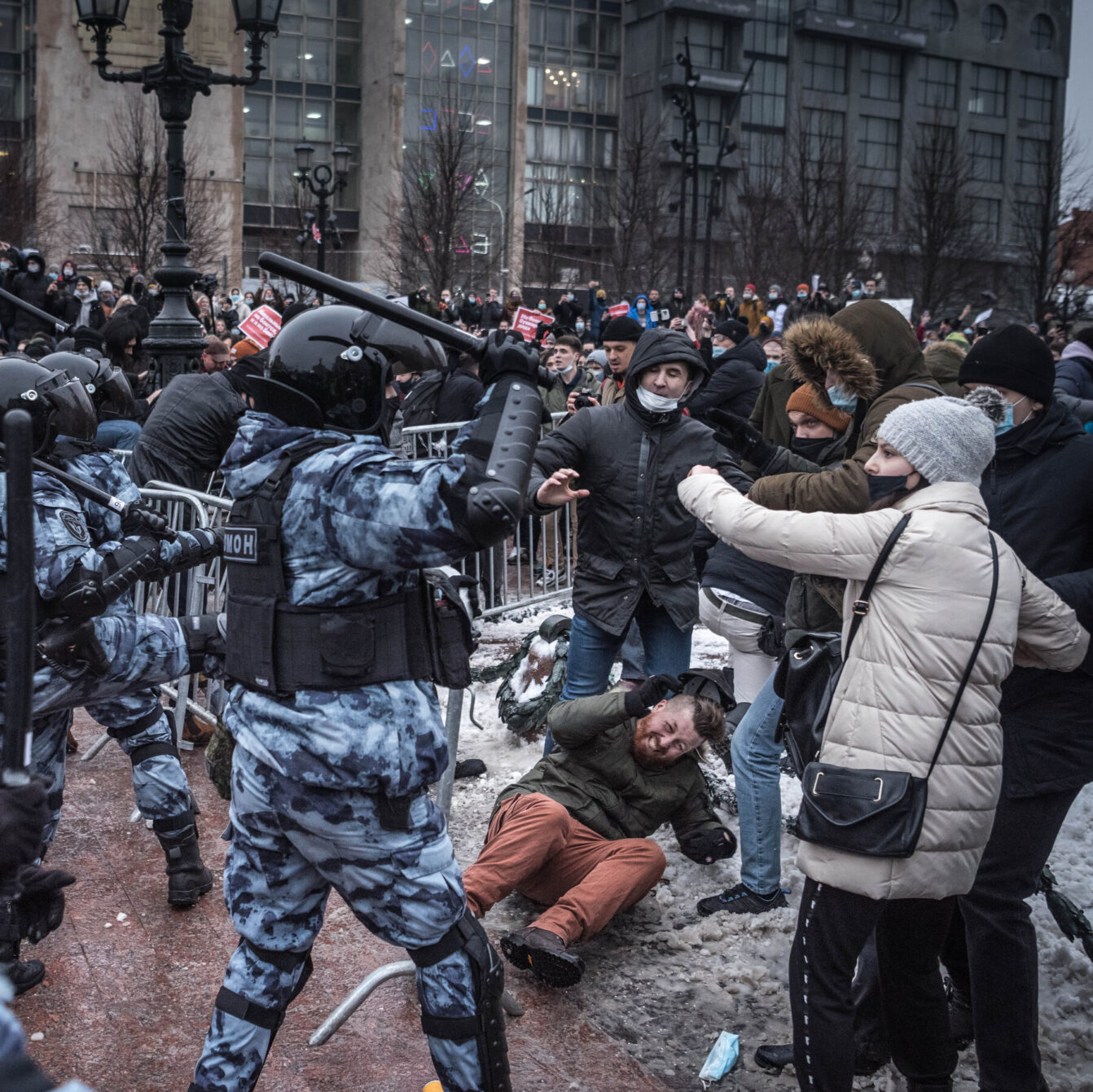 In recent weeks, demonstrators have packed Russian city streets and town centers following the arrest of opposition leader Alexei Navalny on January 17. The protests were met with harsh resistance by the Russian government, but have garnered the support of tens of thousands across the country, many of whom have never protested before. According to some estimates, more than 6,000 protestors have been detained, and videos show police using tear gas, batons, and stun guns to exert control over the crowds.

Navalny has become a prominent voice against a corruption-plagued administration led by President Vladmir Putin. On January 17, Navalny returned to the country for the first time since his near-fatal poisoning in August of last year. He became very sick after being exposed to the nerve agent Novichok, which was supposedly planted on his underwear by Russian agents, a claim that the Kremlin has denied. However, it is widely accepted that the poisoning could only have occured with the participation of the government and the Federal Security Service (FSB). Upon his return, Navalny was immediately arrested at the airport for violating a parole sentence relating to a 2014 fraud conviction, though he claims that the arrest and previous charge were politically motivated. His arrest drew criticism from abroad and galvanized people at home to take to the streets. The first protests occurred about six days after his arrest.

This fresh wave of anger and dissatisfaction among Russians is nothing new, and the Kremlin has a long history of being able to quell unrest while maintaining control over the population. However, the recent demonstrations “represent a burgeoning protest movement that is growing exponentially and is spurred on by myriad issues coming to a head,” according to a USA Today article. Some of those issues include frustration with how the Putin administration is dealing with the coronavirus pandemic and the economic hardships caused by it. In the article, Robert Legvold, a professor emeritus at Columbia University and an expert on Russia, noted that people of all ideologies have taken part in the protests. “A very substantial portion of that population no longer regards the government as legitimate,” he said.

Protestors seem to be advocating for a new government and the return of democratic values to Russia rather than specifically a Navalny presidency. “I came here today not only because of Navalny, I think it’s more because of the lack of freedom and because of this demonstrative lawlessness that’s going on,” a man at a protest in Moscow told CNN. In fact, polls show that a majority of the country does not support Navalny as the next president. In a November survey conducted by the independent group the Levada Center, it asked respondents who they would choose as their president if elections were held the following Sunday. Only 2 percent said Navalny, while 55 percent named Putin, as cited in a New York Times article.

Despite the sheer magnitude of the demonstrations and intense fervor displayed by the protestors, sociologists predict that Putin’s approval rating will remain at or above 60 percent “given the broad political apathy among much of the population,” according to the Wall Street Journal. However, his popularity among young people plummeted after Navalny’s sentencing, a group that has been at the forefront of the protests. The Levada Center poll reported a 17-percent dip down to 51 percent overall among younger respondents. Maria Shakhov, a 31 year-old sales representative from the Siberian city of Tomsk had never protested before now. In a country like Russia that heavily regulates social media and cracks down on protests, Shakhov understands the importance of these demonstrations. “I protested for myself and for the younger generation. I don’t want to live in a country full of restrictions, where people are afraid to speak out,” she told Time magazine.

However, Russian security forces show no signs of letting up, as they continue to beat and detain anyone vaguely related to the unrest. As a result, the protests started to lose steam in early February. Since then, Navalny’s team has shifted their focus to defeating Putin’s United Russia Party in the polls. Protesting will only go so far in a country that does not recognize that right, and that allows its leaders to stay in power year after year without opposition. This could either turn out to be the end of authoritarianism in Russia, or Putin squashes this movement as history would predict, and life goes on.