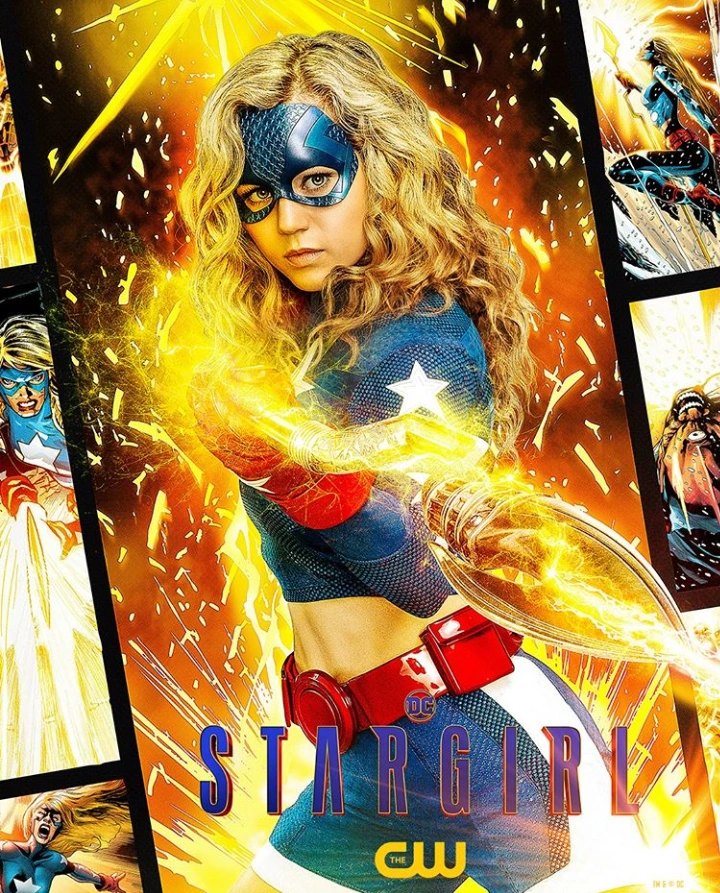 When it comes to the movies, DC has had it rough over the years. “Green Lantern” was awful, “Suicide Squad” was a trainwreck, and “Batman v Superman: Dawn of Justice” was insufferable. This is not to say that most Marvel movies don’t have their own problems. Most are mediocre to downright terrible, with only a handful of genuinely great ones. However, most of their films are at least competent in some capacity, at least in comparison to DC. However, DC has finally started to pull it together in the last few years. “Wonder Woman” was good, “Joker” was phenomenal, and “Shazam” was a blast. They still stumble a bit, like with “Justice League,” but the overall trend has been good. The same could be said for their output of live-action tv shows, albeit to a lesser extent. Ironically, for someone who is very critical of most superhero movies, I enjoy plenty of the comics.

Enter “Stargirl,” a comic creation of Geoff Johns, who was involved with the production of the show. Stargirl is a character who is undoubtedly very personal to him due to the fact she was modelled after the appearance, personality, and name of his sister Courtney, who died in the TWA Flight 800 explosion. Geoff Johns’ run on Justice Society of America (JSA),which Stargirl is a part of, is a personal favorite of mine. The show itself offers plenty for fans of the source material and newcomers alike plenty to chew on. It is quite fun.

Alright, for those who don’t know,  The JSA is a lineage of superheroes that connects the heroes of the past and present. Simply put, they were the first superhero team, so you have the Golden Age versions of Green Lantern, The Flash, Sandman, etc. This show doesn’t waste its time. It gets right to the point. It opens right up with the Justice Society of America literally getting murdered by the supervillain team, the Injustice Society of America. All of the members are dead, with only one survivor, Stripesy, the sidekick of Starman. Starman, on his dying breath, passes on his staff that gives him his powers to Stripesy, requesting him to find a suitable heir to the Starman title. This catapults the rest of the show into motion.

The quality of the special effects is actually pretty good, which helps give it a more cinematic feel. The soundtrack is a bit all over the place in terms of quality. Sometimes, it really shines and fits perfectly. Other times, it is just the generic flat music one would expect from a show like this. This similarly applies to the shot composition as well. It isn’t bad, just average. The constant melodrama can overstay its welcome sometimes (such as the teen angst), but that is not to say there weren’t some genuinely impactful scenes. Although, it would be better if the tone was a bit lighter in some regards. The story itself is generally pretty compelling and interesting. Stargirl, after finding the staff hidden in Stripesy’s basement, goes out to try and recruit a new JSA after the quaint little town she moved to is not all as it seems. There were some twists and turns I genuinely did not expect, especially in the later episodes. Let it be known that this show isn’t afraid to kill off characters, or at least put them through a hurdle of struggles. All of the characters have distinct and memorable personalities that set them apart from one another. The show has been approved for a second season, and there is still an untapped well of potential that it can dive into. Overall, it is definitely one of the better live-action superhero shows out there. It is available on The CW and HBO Max (which is free for those who already have HBO).