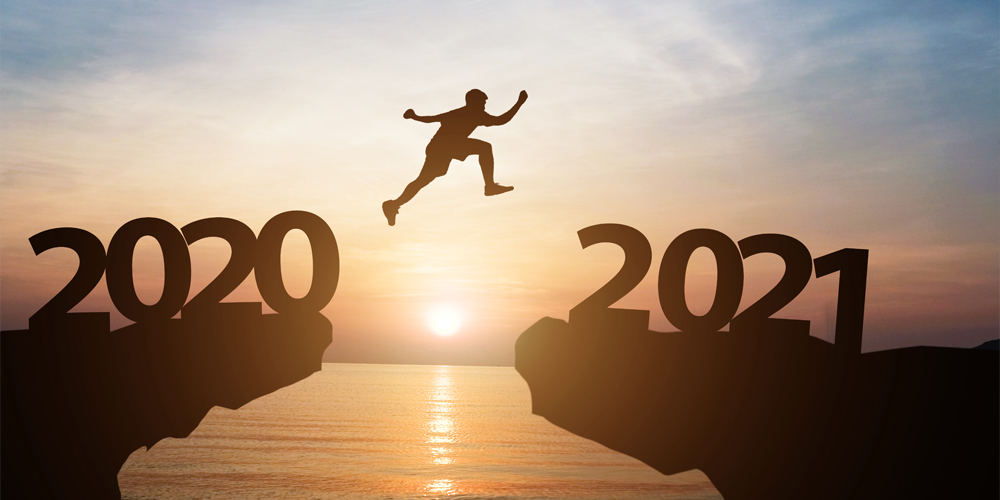 No one is a stranger to the struggles of 2020. There was a lot of stress, a lot of fear, and a lot of sadness. But beyond the pain, it’s time we focus on some great things that happened in the midst of all the chaos: the bright, silver lining of a dark year. It may be hidden under all the news about the pandemic, riots, and anguishing politics, but there was some good news throughout the year.

The overarching trauma of the year’s events buried several news stories, but among these were a few momentous steps forward around the world. For example, the World Health Organization (WHO) announced that the malaria deaths the past year were the lowest in history, as were death rates from tuberculosis. WHO also declared that the African region is free of wild polio, the last of which had been devastating populations in Nigeria. In a colossal step for deeply conservative and cultural countries, Saudi Arabia and Palestine banned child marriage under 18 years old, and there was significant progress in doing the same in Bangladesh.

In the realm of science, a new project was launched in France to create a nuclear fusion reactor that would reach temperatures higher than the sun and would provide unlimited clean energy with practically no waste–which could be a monumental milestone in the battle against climate change. But while the French project provides hope for a potential future of change, the environment’s health already saw significant improvement throughout the year. Not only were carbon emission rates much lower, 2020 saw a dramatic increase in animal birth rates, including endangered populations such as elephants observed in Kenya and gorillas in Uganda. Also, the copious time in lockdown led to countless people picking up gardening, and so nature has been embraced on a larger scale than we have seen in decades, if not centuries. However, the biggest factor helping out our planet’s health in 2020 was the heavy increase in national climate pledges. South Korea, Japan, and Argentina all made net-zero emission by 2050 pledges, and China, the biggest culprit of carbon emission, pledges the same for 2060. Additionally, several countries moved forward their pre-existing net-zero dates, including Finland, Sweden, and Austria, while the UK promised to reduce their emission by 68 percent before 2030.

One of the biggest positive things to come out of this past year was the precedent set. Humans are a resilient species, and nothing has shown that like 2020. We as a community adapted rapidly to the quarantine lifestyle, as we set up nearly every aspect of our society onto the internet. This will not go away completely after the pandemic wanes off and we reintegrate into our regular routines. Most prominently shown was the ability for several jobs to be fully integrated into the online platform, such that working from home became just as easy, if not moreso, than office life. It can be expected that several companies will not want to pay for the office space, and thus working from home can be expected to continue for a significant portion of the population. This concept may pave the way for a new kind of worklife and company spread: because one does not have to go into a common office for everyday work, or even meetings, we could see people on one side of the world able to work for a company on the other. In the age of technology and the internet, we are connected more than ever in ways that go beyond time zone or nationality, and 2020 has only exemplified the possibilities of a fully unified world through the internet.

But most importantly, people came together this year in a way they never have before. Sure, everyone started socializing over the internet a lot, but there was also an unprecedented increase in acts of kindness. One electrician was called to an old woman’s house to fix her lights and ended up rallying the community to come fix up her decaying house for free. An 89-year-old lady sewed around 600 cloth masks for her friends and community. A moving company from the U.S. and Canada spent time helping domestic violence victims move out free of charge. Despite the strife faced, you can’t help but smile at how much people stepped up to support other people, and take on the challenges of the year together.