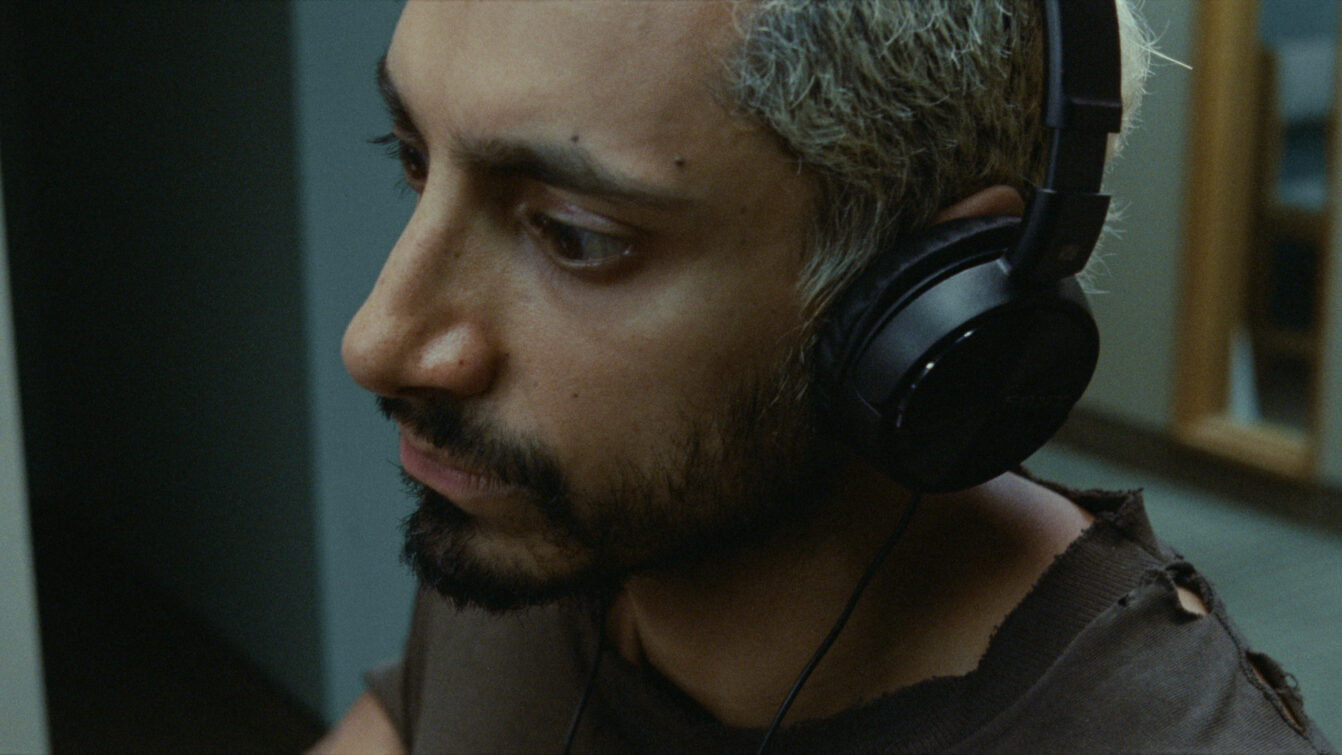 Darius Marder directs an endlessly captivating Riz Ahmed in “Sound of Metal,” a riveting new drama about Ruben, a metal drummer and recovering addict whose ears suddenly lose functioning. The film chronicles Ruben’s heartbreaking path towards acceptance of a world without the very thing that gave his life meaning; sound.

The film opens on a shot of Ruben, isolated, his surroundings pitch black save for the drumset which stands before him. He starts playing and it is immediately made clear that this is a man whose world is defined by music. This makes it all the more challenging to see it ripped away from him in the film’s opening act, which conveys the loss of a critical sensibility with a visceral sting. Ruben’s initial reaction to his hearing impairment is angry and nihilistic, and what makes it so powerful is that it’s completely understandable. This is in part due to Ahmed’s unrivaled performance, which ferociously showcases every emotion the protagonist suffers through, making his pain fully palpable.

“Sound of Metal” could easily have been a melodrama, but it instead takes a patient, authentic, and lifelike approach to telling its story. Every character, conversation, and environment feels remarkably real, which oftentimes makes the gut punches the film throws hurt even more. In a masterful display of empathy, the film’s screenplay turns Ruben into a believable and human character through its sensitive and detailed examination of his struggle. Every word he says, every decision he makes, and every high and low in his journey is wholly understood and easy to sympathize with.

It’s hard to imagine life without sound, something so prevalent and essential to our everyday lives. “Sound of Metal” effectively makes this nightmare a terrifying reality by grounding the viewer in the place of its troubled protagonist. Marder does this in a number of ways, but the most apparent is the film’s experiments with sound design. Clever audio mixing and editing emulate damaged and absent hearing, allowing the viewer to perceive the world from Ruben’s perspective. The film has a sort of formal restraint that fits the naturalistic atmosphere perfectly, with Marder stripping the direction down to its essentials to let the characters and their situations speak for themselves. Every artistic choice made feels like the right and only one for this story, a marking of a truly great film.