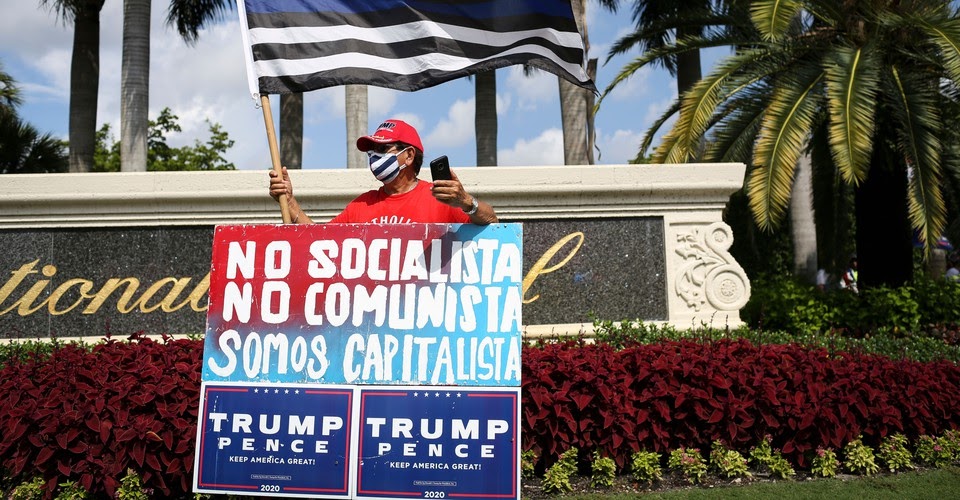 One of the biggest surprises of the 2020 presidential election is that President Trump got a more significant share of the Hispanic vote than anyone expected. The lower support by Hispanics for the Democratic Party may be one of the main reasons why the party and its supporters did not receive the ‘Blue Wave’ they were hoping for. Although this outcome may seem surprising to most at first, in retrospect, it makes sense that the Republican Party appeals to a significant segment of the Hispanic population.

According to the Pew Research Center Hispanic survey taken in 2011, more than three-in-five (62-percent) of Latinos in America affiliate with the Catholic religion, and 83 percent of Hispanics claim a religious affiliation. Many of these Hispanic-Americans agree with the Republicans’ pro-life position, and it is a top issue for deciding their voting preferences.

In addition, many Cuban-Americans recall the suffering they and their families endured under Cuban President Fidel Castro’s socialist regime. “United States can end up one day like Cuba. That was the way Fidel started in Cuba, telling the young people that they’re not going to have to pay for the school,” said Dayami Montejo, a Cuban-American who voted for Trump in this year’s election, as quoted in Newsy.

This year in the state of Florida, and in Texas as well, the percentage of the Hispanic vote increased for Republicans. Florida, one of the country’s most crucial swing states, has a large Hispanic population, with the Hispanic voters making up 70 percent of Miami-Dade County. The NBC report mentions that 58 percent of the voters in Miami-Dade County were Cuban-Americans, and therefore led to Trump’s sweeping victory of Florida, in this year’s election.

The Trump-Pence team pushed the idea that the Biden-Harris team has a socialist agenda, in which the federal government would take more control of businesses in America. Some Hispanic voters also believe that Trump stands up against socialist regimes in Latin American. “It is very important for us the Venezuelan people to vote for President Trump. First, because he believes in the Venezuelan liberty and the democracy in our country. He believes in closing the borders, of protecting the people who live in this country, in this nation, first nation in the world. He believes in protecting the veterans, and he also is the big supporter of pro-life. So we need President Trump for everything he has done for us. He believes in this country and we believe in him,” said Andreina Kissane, who is part of the Venezuelan American Republican Alliance.

According to the article, “How Democrats Missed Trump’s Appeal to Latino Voters,” from The New York Times, the Biden campaign did recognize the potential weakness that he might have with Cuban and Venezuelan voters as a result of Trump’s message that Biden would implement socialist-type policies in America. However, the campaign was relying on having support from the younger generation of Latinos, especially Puerto Ricans.

In order to garner the needed support from the younger Latinos, the campaign attempted to make its case in Florida and elsewhere, that President Trump mishandled the pandemic, and that because of this mishandling, Latinos were contracting and dying from the coronavirus at disproportionately high rates. In the end, however, as shown by the results of this year’s presidential election, Trump’s immigration policies and methods of addressing the coronavirus did not supply Democrats with as many Hispanic voters as they had hoped for.