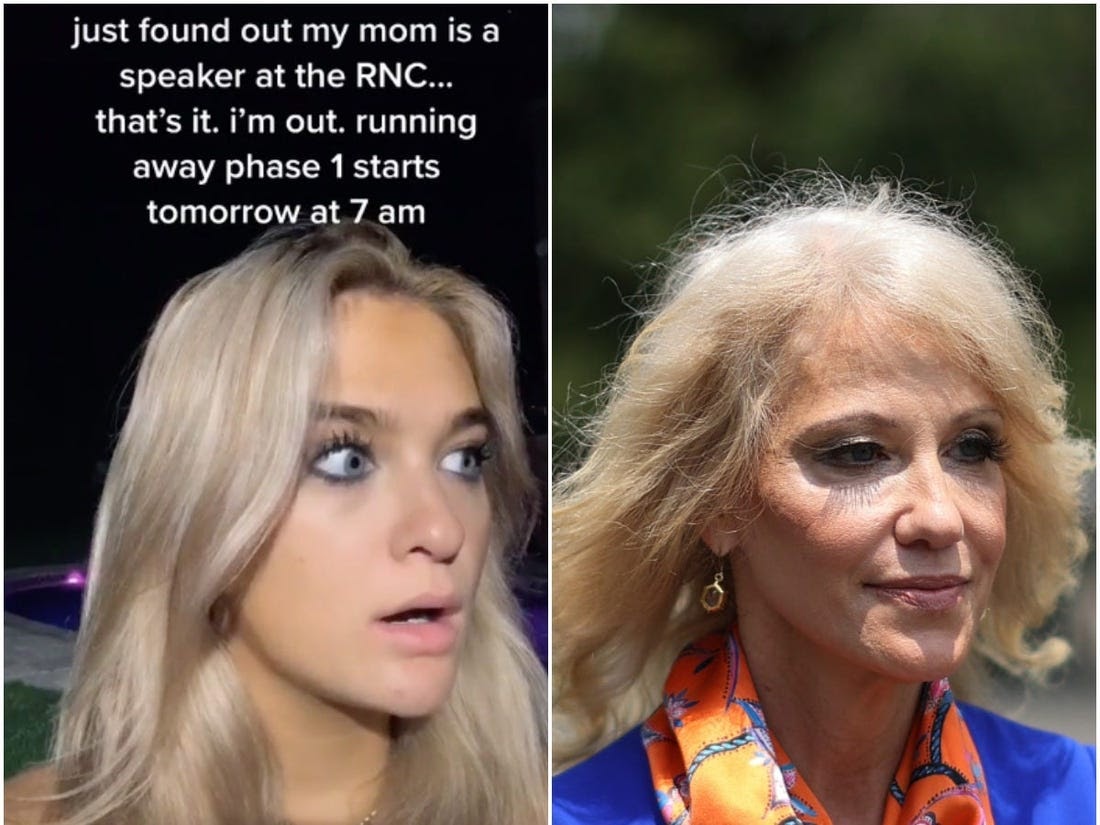 Claudia Conway’s fame is due to her being a daughter. Her mother is Kellyanne Conway, who until just recently was the counselor to President Donald Trump, and her father is George Conway, a Republican operative and one of Trump’s fiercest critics. And you think your family dynamic is complicated? As Claudia increasingly expressed her liberal views on social media,  political arguments between her and her mother were bound to happen. To the delight or horror of millions of Claudia’s followers, the tension between mother and daughter increasingly has become toxic and deeply personal. Strangely, one family’s drama has become a source for learning more about national politics and debates.

On October 6, Claudia made another appearance on the trending page for a list of reasons. All of the events that took place in the Conway household from her mother lying about having Covid-19 to Claudia claiming that statements Trump had made about his health were false snatched the attention of teens nationwide. Claudia commented on a Tiktok saying Trump was “doing badly lol and they are doing what they can to stabilize him.” She also posted a series of videos of her mother yelling and cussing at her saying “you lied about your f***ing mother, about Covid?”  making Claudia retract what she said about her mother on the Internet, and more. As many sat behind their cellphones constantly refreshing their page to spectate this family drama that was one you would expect to see between Kris and Kim Kardashian, people expressed their views on the drama on social media. The comments seemed to have the same trend; how is it that Claudia Conway is our most reliable source in D.C.? Getting the inside look thanks to her only lessened the trust that young people had in the government and gave Claudia a whistleblower reputation.

Many political arguments from the Conway household have reached the explore page so this is not the first time Claudia has made an appearance on the trending page. A couple months ago, Claudia said on Twitter that she is “officially pushing for emancipation” not only due to her mother’s job as White House counselor but also because she“‘continues to go down that path after years of watching her children suffer,” and because of  ¨years of childhood trauma and abuse.

After her name trending about five times, Claudia even jokes about the media being obsessed with her and jokingly tells Fox News and CNN to ask her out already.  In a written statement, she questions the media’s interest in what 15 year olds have to say and says her going viral was just another example of her bad luck and to leave her and her family alone. However, just as any celebrity would want privacy as much as the next person, unfortunately privacy is not that easy to obtain especially in Claudia’s position. As more young people are becoming more active and attentive to the Presidential Election, everyone is eagerly waiting for the next big thing to happen. Claudia still continues to post on Tiktok videos about international issues such as the End SARS Movement in Nigeria, election related videos, videos encouraging his followers to vote and more. As teens pay attention to everything that is going on in this U.S Election, any new drama that goes on with the Conway family will not be ignored.