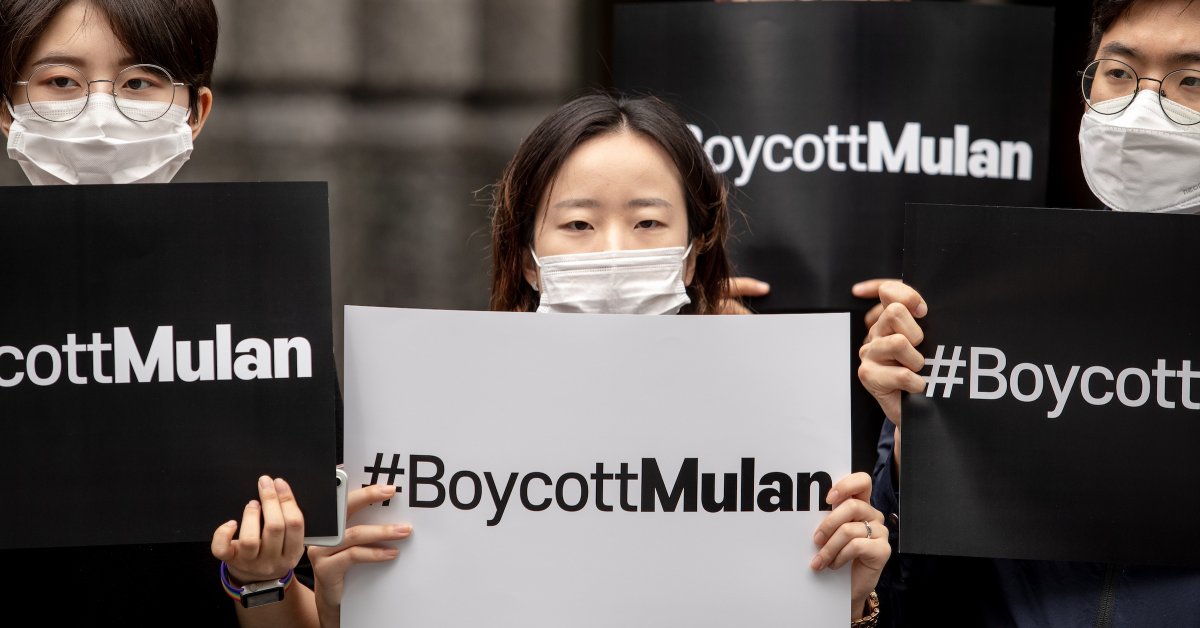 Disney recently released its live-action “Mulan” onto Disney+, but the film immediately received extensive backlash. The controversy had nothing to do with problematic scenes or deviations from the original story. In fact, the animosity was actually sparked by a statement in the end credits thanking Chinese government entities for letting them film part of the movie in Xinjiang, a region reportedly scattered with internment camps detaining over a million ethnic minorities, mainly Uighur Muslims.

Since its release almost a week and a half ago, “Mulan” has been surrounded by the rage against the Chinese government’s harsh nationalistic policies. As of last October, Xinjiang had been added to the United States’ entity list for human rights abuses after the discovery of mass internment camps. While thanking national governments for permitting companies to film in their regions is standard practice for film industries, the inclusion of Xinjiang as a location shocked the public and revitalized the #BoycottMulan movement. Now a symbol of ethinic oppression and–in the words of one boycott advocate on Twitter–cultural genocide, Disney’s filming there walked “Mulan” right back into the whirlwind of social media backlash that they had only just left behind.

The #BoycottMulan movement actually started in August, 2019 when Liu Yifei, lead actress, posted a quote referencing the incident where a reporter had been attacked during Hong Kong protests. In short, Liu’s comment was in support of the Hong Kong police, and created a frenzy on Twitter. The protests in Hong Kong started as efforts against an extradition bill, but later became fuel for the pro-democracy and human rights movements.

The new “Mulan” remake has faced more backlash than any other Disney movie in years, but despite the movements to boycott “Mulan,” it seems to be doing fairly well, factoring in the pandemic, since its release just over a week ago. But the real test to see if the film can withstand all this backlash is how well it will do in China after its release to theaters there a couple days ago on September 11. Box office analysts predicted that this year, perhaps, could be one in which China overtakes the United States as the biggest film market due to its substantial, in comparison, recovery from Covid-19 thus far. Only time will tell if “Mulan” will withstand all the controversy or be another disaster of 2020.