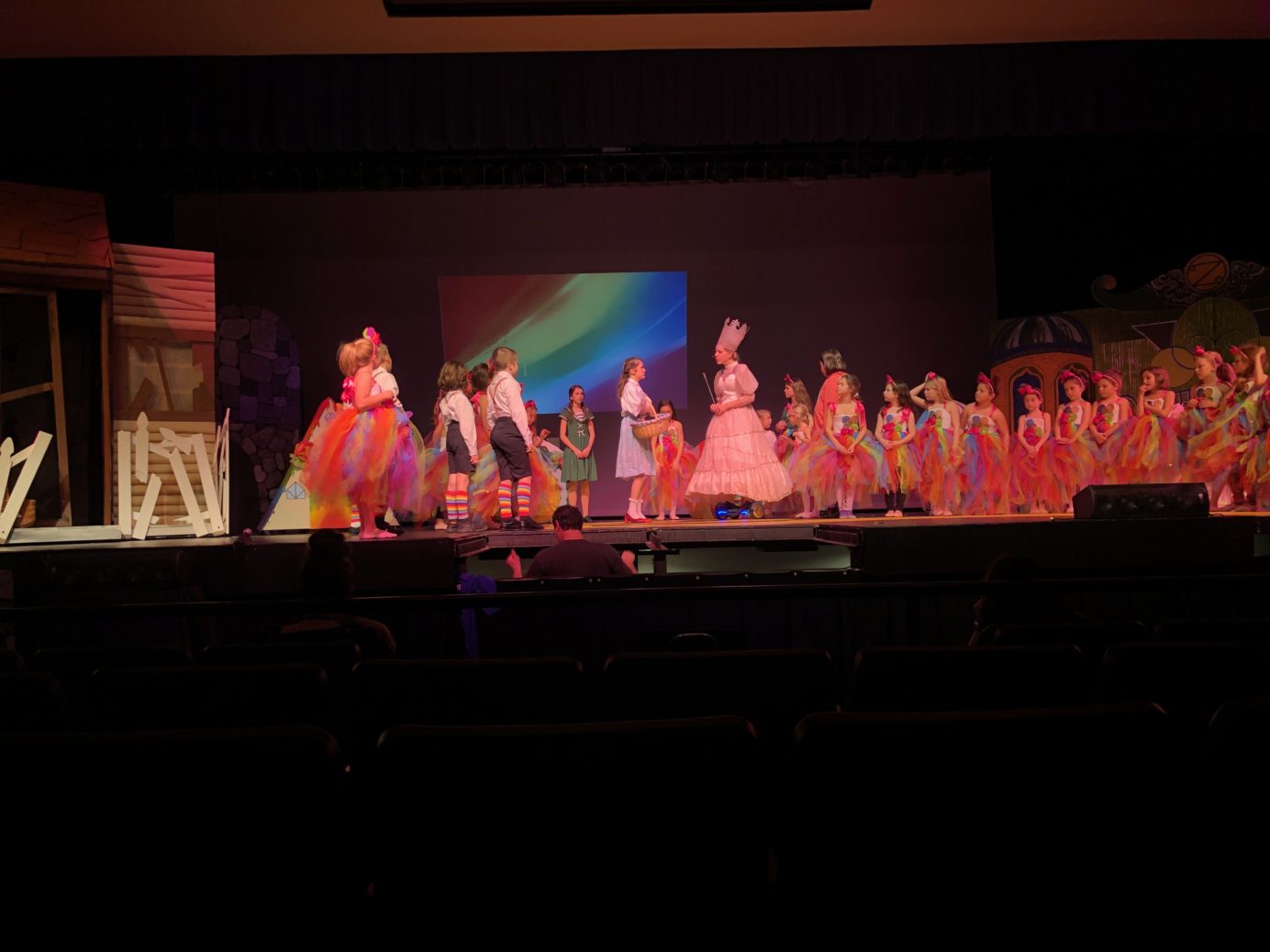 The story follows Dorothy Gale (junior Maddie Rohan and senior Victoria Murray), a girl from Kansas who finds herself in the land of Oz by way of a tornado, and journeys to the Emerald City to try to get back home through the help of Glinda (freshman Mia Rohan and junior Rachel Best) and the friends she meets along the way: Scarecrow (senior Nick Rossi and junior Rachel Ng), Tin Man (seniors Ally Newby and Elizabeth Oliver), and the Cowardly Lion (juniors Dylan Campbell and Sean Paton).

From the moment the lights came up on the Ertzman Stage, Sherwood Theatre showed off one of their greatest strengths: the pit orchestra, who play the show’s score from beneath the stage. The orchestra’s prelude filled the theatre with pitch-perfect notes that left a good first impression on the audience right as the show began.

The first song that featured the cast’s vocals was “Somewhere Over the Rainbow.” Both Dorothys nailed the hopeful wishfulness the song embodies. With a beautiful tone and vibrato, Rohan’s and Murray’s renditions of the song showed the talent Sherwood Theatre has to offer.

Another iconic character left a positive impression on the audience. Mrs. Gulch and the Wicked Witch of the West (junior Elizabeth Ludwick and sophomore Leila Wolf) left the audience laughing, as Gulch cruised around the stage on her Razor scooter, and in awe, with the Witch’s unforgettable cackle booming throughout the Ertzman.

My personal favorite group number was “If I Only Had a Heart,” the Tin Man’s main song. Seniors Bailey Doermann, Diana Hernandez, and Carlee Malone and juniors Joanna Gibbs and Lydia Sayers, who played the trees, each brought strong harmonies and humor that made the song one to remember, and hearing Sayers carry the alto harmony without a mic was just an incredible sight to witness.

The sets and lighting were also extremely sophisticated, especially for a high school production. Dorothy’s house actually looked like a house and could even disassemble and reassemble destroyed after the tornado struck. The lights continued this level of sophistication. Each set and even some characters had a different lighting set up. When the witch came on stage, the lights were red, and the Emerald City bathed the actors in an emerald green light.

With the “The Wizard of Oz,” Sherwood Theatre proved once again that Sherwood is filled with talented teens who aren’t afraid to give it their all on stage. Through acting, set design, and music, the strengths of the Sherwood drama program were highlighted as the audience was given a top notch performance each and every night.