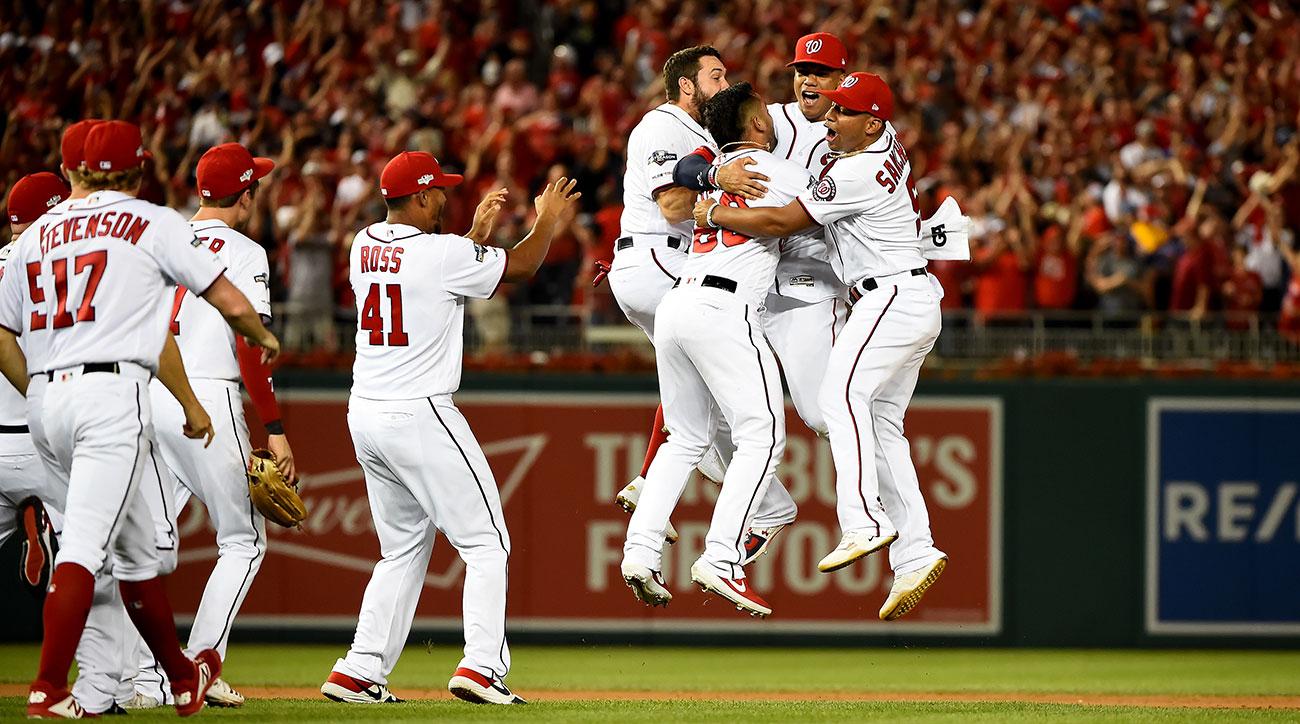 The NL East champion, the Atlanta Braves, will face off with the NL Central-winning St. Louis Cardinals in what should be an entertaining matchup between a young, high powered offense in Atlanta and a dominant young pitching staff in St. Louis.

The Atlanta offense flashed a solid 249 home runs as a team and scored 855 runs (third best in the league). Led by young stars Ronald Acuna Jr. and Ozzie Albies and backed up by veterans like Freddie Freeman and Josh Donaldson, the Braves will look for their offense to lead them past the Cardinals.

Look for a hard fought series with good pitching and some electric offense. I give the Braves a slight edge with a possible game five in Atlanta.

The red-hot Washington Nationals will face off with the number-one seeded Dodgers in a matchup between two very talented teams. The Nationals are coming off a huge 4-3 comeback win over the Brewers in the NL wild card game. They will travel to Dodger stadium on the heels of a 9 game win streak to try to take down L.A. in a best of five series.

The Dodgers are a very well-rounded team, with some great hitters and a solid rotation of pitchers. They had a franchise high 106 wins this season and earned themselves the first seed with home field advantage against the Nationals. The Dodgers, led by stars Cody Bellinger and Max Muncy, hit a whopping 279 home runs and scored 886 home runs. They also flashed a team ERA of 3.37 with 1519 combined strikeouts.

The Nationals may be a wild card team, but they may be the best equipped team to take down the Dodgers. Especially with a starting rotation led by the big three, Scherzer, Strasburg, and Corbin, and one of the best offenses in the league, the Nationals will pose a challenge to the Dodgers. The Nats batted an excellent 0.265 as a team and mashed 231 homers. Their bullpen can be shaky at times, so they will need their starters to pitch deep into games without allowing many runs.

Expect to see it all in this series. Both teams have great pitchers, dynamic offenses and a lot of young stars.

The AL East  winning Yankees will take on the AL Central champion Twins in a matchup between two powerhouse teams. The Yankees will have home field advantage in this matchup against the Twins.

Both these teams sacrifice pitching for hitting. The Twins come in with a team ERA of 4.18 and 1463 combined strikeouts. The Yankees ERA is a bit higher at 4.31, however, they struck out 71 more battery than Minnesota.

If you like high powered offenses this is the series to watch. Look for some high scoring games with a lot of balls leaving the yard.

The Tampa Bay Rays will take on the Houston Astros coming off a momentous 5-1 win over the Oakland A’s in the AL wild card game Wednesday night. The Rays hit four home runs Wednesday night with two coming from lead off hitter Yandy Diaz. The Rays will look to stay hot against a formidable Astros team.

The Astros are arguably the best team in baseball and their record reflects that. They had a league leading 107 wins and have superstars up and down the lineup as well as on their pitching staff. Led by stars like Alex Bregman, George Springer, and Jose Altuve, the Astros crushed 288 home runs, had a team batting average of .274 and scored 920 runs! They also have possibly the best starting rotation in the league led by Justin Verlander, Gerrit Cole and Zack Greinke. Their pitching staff posted an ERA of 3.66 and struck out 1671 batters. However, the Rays are not to be taken lightly.

Tampa Bay comes into this series looking to upset a dominant Astros team. Tampa Bay was given the lowest odds of any playoff team to win the world series, so they have nothing to lose. Led by Tommy Pham, Austin Meadows, and Yandy Diaz, the Rays offense smacked 217 home runs and scored 769 runs. The Rays pitching staff led by star Blake Snell posted a solid 3.65 ERA and only allowed 181 home runs to opposing hitters.

The Rays are a solid up and coming team, but they do not have enough firepower to combat the Astros elite pitching. Look for the Astros to dominate all aspects of this series.