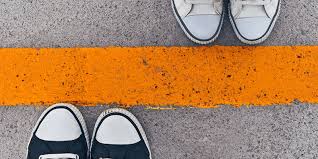 MCPS is conducting a study to change school boundaries for its school cluster. The process is furthest along in looking at the clusters for Clarksburg, Northwest and Seneca Valley High Schools.

Through looking at these schools it was discovered that some schools are projected to go as high as 40 percent above capacity, while others are not expected to even hit 50 percent capacity. MCPS also looked at the “race/ethnic composition” of these three schools.

In a public information meeting held by MCPS at the end of April, different options for changing the boundaries were brought forward. In a powerpoint slide from this meeting, certain factors were listed that have to be considered when changing the boundaries, such as the demographics of students, geography, and facility utilization. Through a survey taken by 4,360 respondents, 3,068 of which were parents (the rest being students, MCPS staff, and community members), the survey found that geography was the most important factor in the decision, and the demographics of students was the least important. It should be considered that this survey was taken by a very small percentage of the many members of the county, but it does show how some people feel towards the proposed boundary changes.

The county also hopes that the proposed boundary changes will present an increase in diversity among the students. The study done at Clarksburg, Northwest, and Seneca Valley found that there were disproportions among the three schools in the percentages of students from different racial/ethnic backgrounds. MCPS is hopeful that changing the boundaries will level out the percentages of ethnic groups so that no groups feel underrepresented.

Many parents are worried that these proposed changes will be disruptive. Changing the boundaries could lead to students attending completely different schools then their neighbors or even older siblings attended. There is also the concern of when exactly the boundaries would begin to move students.