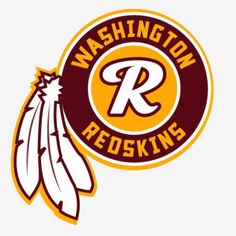 Last week, the 2019 NFL draft took place in Nashville. A total of 254 players were drafted onto the league’s 32 teams. The Washington Redskins added 10 of those players in what many are calling an excellent draft. This draft class is a step in the right direction for the Redskins. This crop of players will hope to lead the Skins to the greatness they obtained in the 80’s and 90’s.

The first player Washington took was Ohio State quarterback Dwayne Haskins. The quarterback position had been a question mark for the Redskins with Alex Smith’s career in jeopardy, and veterans Case Keenum and Colt McCoy on the depth chart. Haskins is one of the most pro ready QB’s in the draft as he is coming off a monster year at Ohio State. Haskins totaled 50 passing touchdowns and 4831 yards in just 14 games. He will look to compete for the starting job with Keenum and McCoy, but if he doesn’t start immediately he will within his first two seasons. He was drafted to give the Redskins a long term answer at Quarterback.

Towards the end of the first round, Washington gave their next two second round picks to the Indianapolis Colts for the 26th overall pick, to take Mississippi State defensive end Montrez Sweat. Sweat was seen as a top 10 talent before the draft after a great combine in which he ran a 4.41 40 yard dash, which is faster than current NFL stars Odell Beckham Jr., and Ezekiel Elliott. Unfortunately though, Sweat slid due to a misdiagnosed heart condition. Sweat will be another strong addition to a young defensive line who recorded 46 sacks in 2018, the fourth most in the league.

Some of the other notable Redskins selections were Ohio State wide receiver Terry McLaurin (who already has chemistry with Haskins), Stanford running back Bryce Love who ran for 2000 yards in 2017 and could have been a first round pick if it weren’t for a torn ACL in 2018. Then, in the sixth round, Washington may have gotten the steal of the draft when they selected NC State receiver Kelvin Harmon. Harmon is six foot three and known for his great route running skills. He and McLaurin should add versatility to a wide receiver group that hasn’t been the same since Desean Jackson and Pierre Garcon left.