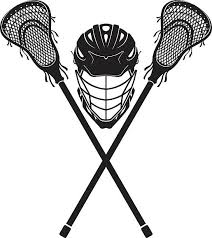 The woes suffered by last season’s team clouded the memory of the early success of Sherwood had, mainly the end of year where there was no real playoff success and losses to their best opponents. However, as this season’s varsity lacrosse team wanted to be different, the 2019 Warriors did repeat a feat by the 2018 Warriors by becoming divisional champs once again. For Sherwood, their first six games and only meetings with their division foes all went smoothly, as expected. To open the season, the Warriors took down Blake 13-3 at home. Sherwood was dominant in the following stretch with wins against Magruder, Northwood, Springbrook, Blair and Paint Branch and outscoring their opponents a combined 79-22 in the wins.

However, the team and its players knew that the first real challenge was still in front of them and it started with new rival, Damascus. Last year, the hype of Damascus versus Sherwood was real but the game went poorly for the Warriors as they were unable to keep up on their home turf. All the pieces were set for a revenge story but away from home, Sherwood was again outlasted by Damascus, 15-10 in another moral killing loss. The score was not completely indicative of the game as after a very rough first quarter, Sherwood managed to make it competitive the rest of the way out.

After the loss, Sherwood was 6-1 but the loss was indicative of everything the team hoped they would not become. The Warriors know they win a lot of games but they need to prove in the biggest games of the season and that they are competitors for more than just the regular season.

Sophomore attackman Charlie Matusek knows what it means to come up short and knows what it takes in the big games to get a win. “We plan on playing Churchill the same way we play everyone.” said Matusek. “We want to come out with intensity and by setting the tone right at the beginning of every game.”

Although the loss to Damascus, Sherwood has shown no signs of rolling over and letting another lost season take place. The Warriors have started a four-game win streak since the loss with wins against Wootton, BCC, Gaithersburg and Whitman (in OT). The last win of this streak was against biggest threat to upset Sherwood in any of the four games, the Whitman Vikings. Sherwood had to travel to Whitman and still was able to take home the win, 10-9 in overtime.

The final game of the regular season and final test to see if this years’ Sherwood are ready for the playoffs comes against the state finalists from one year ago, the Churchill Bulldogs. Churchill is not the same juggernaut they were only a year ago, as instead of being contenders for state champs, they are 7-3 with a few bad losses. Still, the Bulldogs have been one of the top lacrosse teams in Montgomery County and Maryland for a while now and know how to win any given game. Sophomore Jimmy Conner has no doubt on what to expect from Sherwood. “It’s our year to prove ourselves, and it’s our year against Churchill.”