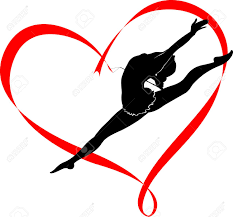 Although there has been many new additions to the Sherwood gymnastics team, the team continues to impress and work towards their goals.

It’s encouraged that aspiring gymnasts for the team have experience; however, even inexperienced athletes are always welcome to join the team. As a direct result,“people look up to you,” said Evie Williams, regarding her role as captain. A major factor that led to her becoming captain is that she started gymnastics when she was four years old and continued for ten years. She has since stopped participating in gymnastics out of school to pursue cheerleading. Captains also include seniors Eleni Guynn and co captain Chloe Oser, both also cheerleaders.

“We lost a lot of good kids last year, so we have a lot of youngsters who are still trying to learn,” said coach Gary Peters. Also, this year there are nine seniors graduating, leaving the team with even less experienced athletes for the future. The veterans make it their job to help others get better.

The efforts are paying off. There is “a lot of talent on the team,” said Peters.  In their first meet against Gaithersburg and Blake, Sherwood placed first, and the Warriors won again when they competed against Springbrook and BCC.

This just goes to show that with hard work, success is achievable. “If you come into gymnastics we are going to work you hard,” said Williams.

The team is currently preparing for the MCPS county championships at Sherwood on May 7, which features the more advanced gymnasts and the MCPS Varsity B meet on May 9 at Walter Johnson that is for students with less experience in gymnastics.