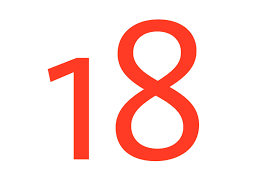 I recently sat in a Youth Peace Conference workshop at Blake High School and listened to a student lecturer, aged sixteen, speak on an issue that was immeasurably important to her. She began by asking everyone in the room this: though it is illegal everywhere, in how many of the world’s 196 countries does slavery still exist?

There was a confused silence, followed by a tentative roll call of numbers. I heard 13, 30, 76 … somebody dared to guess 120, and that was it. My friend shook her head. Then, from underneath a red baseball cap in the back of the room, came a firm “196.” Our lecturer nodded.

As defined by Free the Slaves, an organization dedicated to liberating current slaves and changing conditions which are conducive to it, slavery is the holding of people at a workplace through force, fraud, or coercion for purposes of sexual exploitation or forced labor. In other words, a slave is a person who is forced to work, without pay, under threat of violence, who cannot walk away.

There was an uneasy hush in the room by that point, and some of my peers exchanged mystified expressions with their friends. It was clear that we were all thinking the same thing: no history teacher we had ever had even remarked on the fact that this type of bondage was not a thing of the past. Slavery is bad, that we all knew, but it was a bad that had long since been abolished. However, my friend stood before us with absolute conviction, and continued.

“Modern slavery encompasses those subject to debt bondage, who must ‘work off’ a loan that can never be paid, contract slavery, who are tricked into work with a false labor contract, sex trafficking, forced marriage, domestic servitude, and child soldiers,” she told us.

Appalled, we looked on as images flashed on our new, sleek projector screen: images of 3-year-old children and 80-year-old women piling ten or more bricks onto their heads, walking miles in the dust and scorching sun to deposit them, and repeating this process for sixteen hours without breaks or food. “Hell on Earth,” whispered the girl next to me, with tears in her eyes.

With disbelief, we watched a reporter shake as she told us she was not allowed to cry as she observed the slaves at work: it would destroy their monotony and an owner, secretly watching, could make their conditions worse.

A slaveholder in colonial America saved for an average of three years’ to obtain an amount that is equivalent to $40,000 today: the amount needed to purchase a single slave during that time period. Today, an entire family may be purchased for as small a price as $18. Could you ever have believed that buying and selling people would be so cheap? By even the most conservative estimates, twice as many people are in bondage today than during the entire trans-Atlantic slave trade.

At the end of her lecture, my friend drew herself up and looked each of us squarely in the eye. “It is understandable to feel like you can help because we, as students, often have limited mobility,” she started, her urgency breathed in to her every word. “But we shall not succumb to this challenge: there are still things we can do.”

We may stop buying from fast fashion brands that harness female factory labor to produce cheap clothing. Apps and online resources, such as Good On You, promoted by Emma Watson, differentiate between stores with different labor sources. We may write letters to media sources and inform out friends and families that contrary to what they may think they know, we are still struggling to end the enslavement of fellow human beings. We may fundraise.

We are not helpless, but those slaves are. It may cost us a few dollars and fashion sacrifices to tailor our shopping a certain way, but it costs them lives.