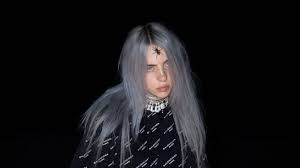 Seventeen year old singer Billie Eilish released her debut album “when we all fall asleep where do we go?” on March 29. The young singer has been able to maintain a successful career since her hit song “Ocean Eyes” released back in 2017. Her music is not only catchy but discusses complex topics like sleep paralysis, depression, and anxiety, making her exceptionally relatable to teens and young adults. Her songs are written and produced by Eilish and her brother Finneas O’Connell in a home studio. All of her songs reflect personal experiences, revealing a level of intimacy that fans don’t usually see.

Although many consider Eilish an alternative singer, she differs greatly from artists such as Panic! At The Disco and Twenty One Pilots in her unique blend of alternative pop and hip hop influences. Her most popular songs on the album include “You should see me in a crown”  “Bury a Friend,” “bad guy,” “xanny,” and her controversial song, “wish you were gay.” The song received some criticism from the LGBT community because despite the expectation when hearing the title of this song, it is not at all related to any sort of coming out story. Instead this song is Eilish wishing a different sexuality on someone for her own emotional comfort. She later explained that this song was intended to be nothing more than her interpretation of heartache.

Many fans could not be more pleased with other songs featured such as “xanny” which expresses her strong anti-drug stance, and contrast to many other artists who glorify recreational drug abuse explaining, “I don’t need a xanny to feel better…Don’t give me a xanny now or ever.” Despite how much drugs and substance abuse is popularized especially in pop and hip-hop music, a strong influenced by she makes an apparent effort to explain the harmfulness of drugs without sugarcoating their prominence in people’s lives or the power they could have over someone’s body.

Eilish’s album has proven her to be force to be reckoned with in the music world, some even going as far as comparing her young career to that of Lana Del Ray. Her album surely makes her a serious contender for more music awards, and she has already won Kids’ Choice Award for Favorite Breakout Artist of 2019 and First Hot 100 Top 10 on Billboard. Her success shows no signs of being short lived and, with new song soon to be released, her career is on the rise and climbing.