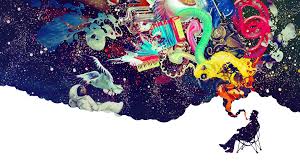 If you scan the sidelines at almost any major Sherwood sports game or pep rally, you will see the president of Sherwood’s Film Club, Jake Hahn, taking pictures and videos. This creative club, of around 17 people, is dedicated to cinematography as an outlet for students to express themselves in a fun way. Hahn joined the club as a freshman and uses it as a vehicle to express his love for film and to capture many different angles of Sherwood.

Hahn enjoys creating all different types of films and is currently working on his first professional short film. Written and directed by him, the film includes multiple people.

The club, sponsored by English teacher Christiane Lock, teaches students the basics of filmmaking and how to apply those skills to videomaking. The club ventures into different genres of films. “We help to introduce people to all different styles of cinematography to help them find something they like and want to try and create,” said Hahn.

In high school it is hard to find ways to express oneself. That is where Film Club comes in. The club is made up of high school students who want to be able to relieve their stress alongside a group of amazingly creative people. It is a great way to relax with friends, eat snacks, and enjoy watching films together.

“Film for me [is] an outlet to express the emotions I [feel] and [give] me a way to express them instead of leaving them inside me to build into something like anger or hatred,” said Hahn.

Many members of the club will soon be submitting their own original films in Sherwood’s film fest that occurs in April and is open to the whole county. This competition brings together students from different MCPS schools who share a common love of film. Not only does this competition allow students to present their art in a public setting, but the winner of the competition also receives a prize. The competition, hosted in Sherwood’s media center, will be judged by Hahn and other teens and staff members. Anyone who judges the contest is not allowed to enter any film into the competition themselves, allowing them to fairly judge each piece. The film fest helps students to step out of their comfort zone to show the community all they have learned about the art of cinematography.

The Sherwood film club is a way for all students to explore a new hobby and join a community of cinematography loving students throughout the whole county.

“Our biggest goal is to bring people into their creative element and have fun making a form of art they love,” said Hahn.