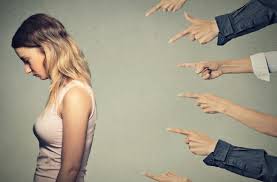 In recent years, parents have attempted to adopt new slang to become “hip” like their children. After a survey taken by The Warrior of 200 kids around the county, about 80 percent of them believe their parents have failed.
The new, widespread phrase “let’s get this bread” is the latest term added to the list of things parents say but shouldn’t. The term, in its purest form, means “let’s get this money,” or to achieve a desirable outcome. This phrase could even be used as an exclamation of excitement or victory. After winning a game of “NBA 2K19,” for instance, one might feel inclined to shout “let’s get this bread.”
“My dad and I sat down to watch the Redskins game and he turned to me and said ‘let’s get this bread,’” recounted senior Trevor Lawrence. “I turned to him and asked him to never say that again.” The bread that Lawrence’s dad was referring to was the Redskins winning the game.
An eighth grader from Farquhar Middle School recalled that after a few days of yelling “let’s get this bread” to his friends while playing Fortnite, his mom came home the next day with enough loaves of bread to feed him for weeks.
The survey also reveals a severe lack of understanding between the two groups. Children believe that parents should stick to their 80’s slang like “fresh” and “radical.”
“I’m doing this for my son. I just want to be closer to him, so I figure if I talk like his squad then he’ll want to hang with me, you feel?” said one parent of a student at Quince Orchard. “I even planned a family vacation for April 20 since kids love that day of the year for some reason.”
Acting younger typically repels children rather than having the desired effect of family bonding. Some children, however, love the fact that their parents are trying to adapt to the “culture.” According to them, they feel closer than ever to their parents, who are sacrificing their dignity to entertain their own children.
“Just last night, I asked my dad where mom was only for him to dab and respond ‘that way.’ I just about cried,” said Miles Baker. “I’m not sure I can ever respect him again, but anyone who would sacrifice their reputation for my joy is as good a dad as I could ask for.”
Thus far, parents’ efforts have not paid off, but this will likely not discourage them. It seems unavoidable that they will one day get this bread.