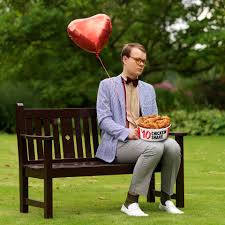 After nearly three months of holidays, the time has come for that dead zone of the year when, quite frankly, life sucks. It seems to be a postpartum depression of sorts, as everyone is dealing with the severance of the symbolic umbilical cord of joy that is the holiday season. However, a recent social movement has begun to gain traction with the young Gen Z and Millennial crowd. It’s called “Pre-Valentine’s Day,” a holiday aimed exclusively at singles. It is set to occur January 20.

Some students at Sherwood are understandably skeptical. “Are you kidding me?” said freshman Ronnie James. “I’ve already fallen for one capitalist ploy, I’m sure as hell not falling for another one! Especially if it’s got hearts all over it!”

However, some Sherwood singles were elated. “This is great,” said junior Diane Smith. “Now I can do absolutely nothing, just like on every other holiday!” While some will be doing nothing, others will be participating in the slew of new activities for the holiday. Some of these include candygrams, which students send to themselves; the Piner’s Dance, where participants can complain about how single they are; and the Mirror Flirt-Off, where participants can woo their own reflections for practice.

The movement was spearheaded by a group of singles online, who were not entirely satisfied with the already existing Singles Awareness Day, have decided to make their own holiday, and the idea of a brand new holiday spread like wildfire. Not only are regular people excited for Singletime’s Day, but marketers are absolutely drooling at the concept of a new way to generate business. Pepsi has begun releasing boxes with just one can or bottle inside. Burger King’s chicken nuggets are following the same trend, with the boxes reading, “Treat Yourself.” The sale of Smart Cars has skyrocketed due to the fact that only single people can drive them.

However, there are still skeptics abound at Sherwood, especially from couples. “This is so stupid,” said junior Kat McDonald. “Aren’t singles supposed to be like, sad?” Another student, sophomore Jake Parker, raised a question. “Wouldn’t a holiday for exclusively single people work exactly like Valentine’s Day, but with extra steps?” Many couples at Sherwood share the same argument, and the Debate Team will stage a debate about whether Pre-Valentine’s Day is worth the trouble for Sherwood.