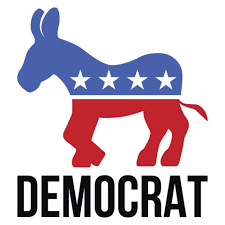 The midterm elections, which took place this past Tuesday, November 6, affected citizens across the country, on local and national levels. In Maryland, although there was perhaps not the same high potential for change as in some other states like Texas or Virginia, the results are still useful in suggesting what constituents can expect in the upcoming months.

Probably the most discussed race in Maryland was the race for governor, which Republican incumbent Larry Hogan won, with 56.2-percent of the vote. He is only the second Republican governor ever to be elected to a second term in Maryland, which tends to be a firmly blue state. Hogan has solidified himself as a moderate, which has probably helped him gain support from moderates and independents. In addition to high approval ratings, promising to roll back taxes and collaborating with Democrats, Hogan has tended to distance himself from Trump-era Republicanism.

All eight seats in the House of Representatives were up for election, with seven of these seats held by Democrats and one by a Republican. Each district maintained its same party alignment, with the incumbents winning in each district except for District 6, in which the past representative did not run again. This seat, which represents northwestern Maryland including all of Garrett, Allegany, and Washington counties and parts of Frederick and Montgomery counties, was picked up by Democrat David Trone.

In the only Maryland Senatorial race, Democrat Ben Cardin was the incumbent and easily won with 64.2-percent of the vote.

In Montgomery County, many were anticipating the results of the County Executive race as there was an independent, Nancy Floreen, garnering a fair amount of momentum along the campaign trail. The support she had was not enough to propel her to victory, and democrat Marc Elrich handily secured the executive position with two-thirds of the vote. Elrich, who identifies as an “old-fashioned progressive,” was in previous years a schoolteacher and has since been a county council member for 12 years. His vision for Montgomery County, according to a recent Washington Post article, focuses on “housing, income, [and] greater educational opportunities and fairness for residents of all backgrounds.”