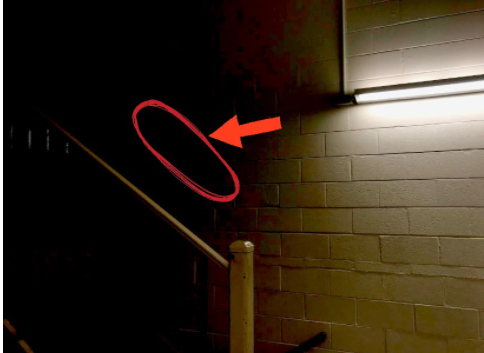 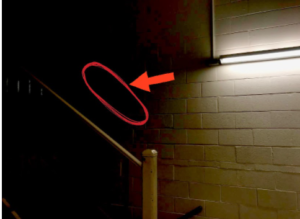 Multiple sightings of eerie white smoke have been reported in the recently closed off C hall boys’ bathroom, and it’s clear to see what’s going on at Sherwood: ghosts have invaded. In unprecedented times like these, the voice of the people must be heard. To help get to the bottom of this, three young up-and-coming journalists took to the halls to ask students and teachers what it’s like to live in such a paranormal environment.

Students have reported ghostly sightings and encounters across the school for weeks at this point. “I’ve been seeing some very suspicious activity going on in school lately . . .  things have been disappearing, maybe [it’s] zombies,” said freshman Elijah Pierce. Junior Joshua “Quinn” Munsey stated eloquently that “ghosts are real.”

The boys’ bathroom isn’t the only hotspot for paranormal activity, as the F hall girls’ bathroom is just as haunted. “I was in the bathroom, and the lights began to flicker,” sophomore Amaya Williams said, describing her ghostly encounter. In instances such as these, poor electrical maintenance can’t be seen as a legitimate explanation; ghosts are here, and if Sherwood doesn’t implement real reform, they’ll be here to stay.

But even with the overwhelming evidence pointing towards a paranormal invasion, much of the Sherwood faculty has their reservations on the subject. When asked for his opinion, music teacher Johnathan Dunn boldly replied, “I do not believe there are ghosts inhabiting our halls at Sherwood.” Rebekah Harrison, a medical science teacher, corroborated this, saying that she has “not seen any scientific evidence indicating that we . . . have ghosts [in Sherwood].”

Obviously, these views and opinions are not those expressed by the Sherwood student body. It’s absurd that these anomalies are being taken so lightly among Sherwood’s populace. People have become too comfortable in a world where ghost sightings are a normality.

With the threat of a ghost attack applying to nearly every student, there needs to be some real change. Ghost sightings are not just isolated incidents, but a systemic issue. These are trying times and being simply ‘not a ghost’ isn’t cutting it anymore: you have to be firmly anti-ghost.

So what should Sherwood be doing? Well, it’s pretty simple: Sherwood needs an anti-ghost task force. A group of like-minded individuals keeping the paranormal streets clean is what the school needs. It’s high time that these dangerous spiritual entities are silenced for good. High schoolers will be able to sleep soundly knowing that any potential ghost attacks/shenanigans will be completely nullified.